Daylight saving time 2020: When do the clocks go back in Ontario?

TORONTO -- Daylight saving time for 2020 will end this weekend, pushing clocks back an hour in Ontario and most of Canada early Sunday morning.

Here’s everything you need to know about the clocks going back and the end of daylight saving time.

When does daylight savings time 2020 end?

Most Canadians will turn their clocks back one hour at 2 a.m. on Nov. 1, which is Sunday, as we return back to standard time.

Most cell phones will change time on their own, but other clocks in your home may need to be changed manually.

What does the time change do to our bodies?

Many people who change their clocks will experience a shock to their bodies' internal clock, much like the jet lag experienced after flying across time zones when daylight saving time ends, according to Patricia Lakin-Thomas, a professor at York University.

Lakin-Thomas said that research shows that the disruption to the internal clock can cause increased rates of car accidents, heart attacks, stroke, weight gain, anxiety and workplace injuries.

'Some people think it's nice to give us more light in the evening, but there are good biological reasons why that's a bad idea," she said.

Ontario could put an end to bi-annual clock changes and permanently adapt daylight saving time if a new private member's bill, which the government supports, passes.

Ottawa West – Nepean MPP Jeremy Roberts tabled The Time Amendment Act, which would "clear the road for Ontario to end the bi-annual process of changing our clocks" and implement permanent daylight saving time. 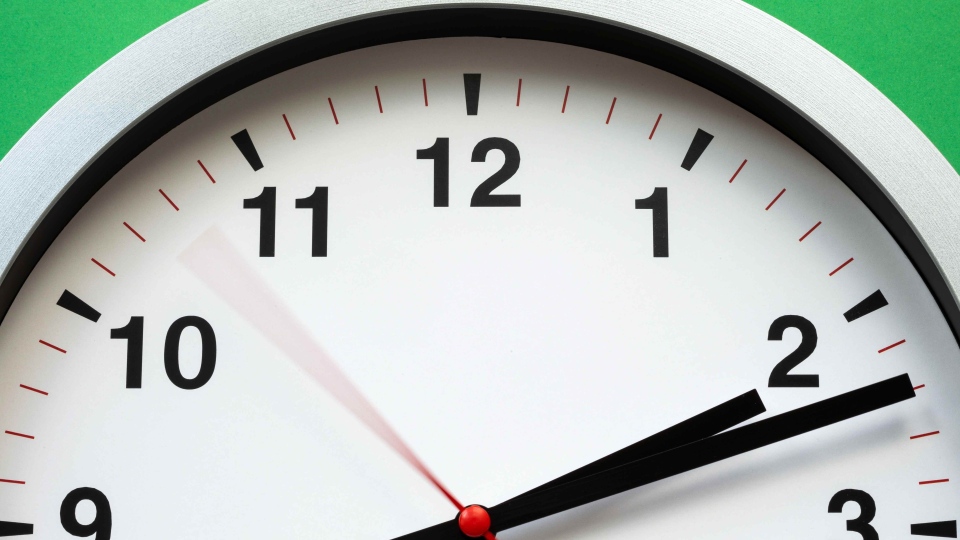 While the B.C government is still committed to implementing year-round daylight saving time, the change will not be happening this year.

In 2019, the province passed legislation that outlined its plans to switch to a "Pacific Standard Time," alongside jurisdictions in the U.S., including Washington state, Oregon and California.

However, B.C.'s transition to a permanent daylight saving time will only take place in coordination with its neighbours to the south.