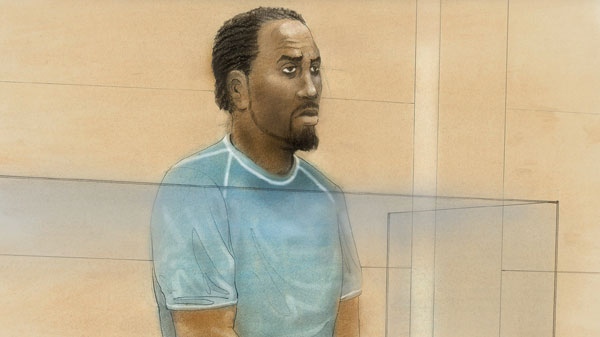 Garfield Boothe, father of Shakeil Boothe, is seen in the court sketch on Tuesday, May 31, 2011.

BRAMPTON, Ont. - A couple accused in the death of a 10-year-old boy are now facing upgraded charges of first-degree murder.

Police say the boy's father Garfield Boothe and stepmother Nichelle Boothe-Rowe appeared in a Brampton court Thursday for the start of their preliminary hearing.

Both were formally charged with the upgraded counts.

Shakeil Boothe was found without vital signs at a Brampton home on May 27 last year and was declared dead a short time later.

Garfield Boothe was originally charged with failing to provide the necessities of life but that charge was later upgraded to second-degree murder.