Cyclist killed after being struck by two vehicles 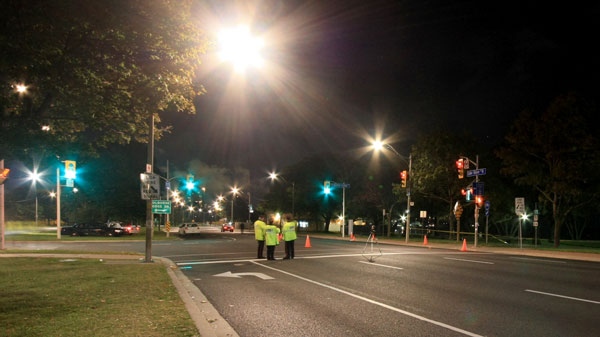 A cyclist died Sunday night after being struck by two vehicles in Toronto's west end.

Police say the cyclist was travelling south on Colborne Lodge Drive. and struck by a Toyota as he tried to cross the eastbound lanes of Lake Shore Boulevard West.

The impact of the crash knocked the man off his bike and lifted him into the air. He landed on the windshielf of an eastbound Geo, they said.

"The cyclist suffered massive trauma and was pronounced deceased on scene," police said Monday in a news release.

Police say the man may have been trying to cross against a red light.

The 28-year-old man was not carrying identification and was riding a red mountain bike.

Charges are not expected.