Cyclist injured after being struck by vehicle in midtown Toronto

Cyclist injured after being struck by vehicle in midtown Toronto 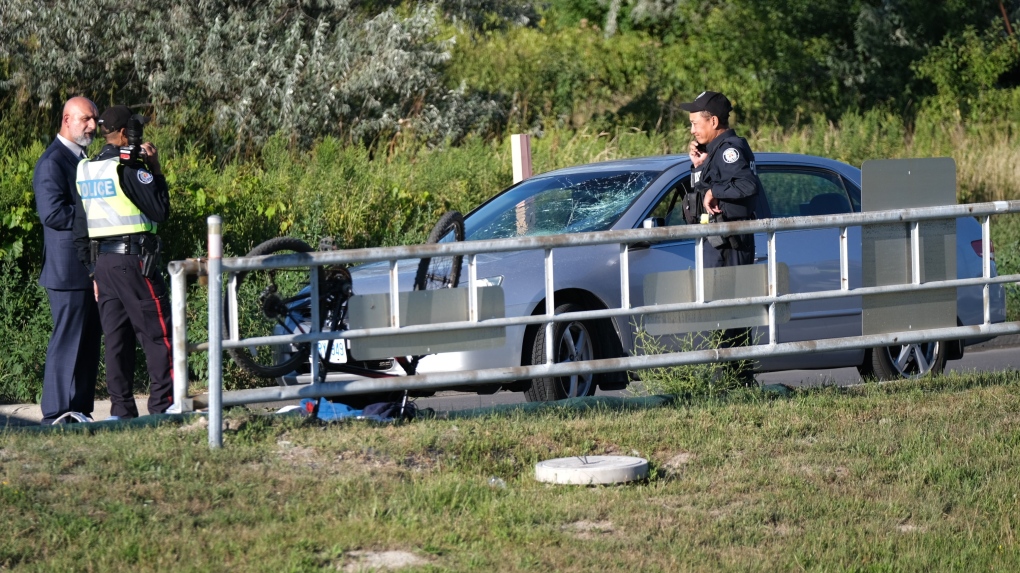 Officers respond to a collision involving a vehicle and a cyclist. (Simon Sheehan/CP24)

A cyclist has been rushed to hospital after being struck by a vehicle in midtown Toronto.

The incident occurred around 4:30 p.m. near Eglinton Avenue and the Don Valley Parkway.

According to police, a silver Honda travelling west on Eglinton Avenue took the southbound DVP ramp and hit a cyclist crossing the road.

Police say a 21-year-old man suffered from life-threatening injuries. Paramedics transported him to hospital for treatment.

The 57-year-old driver involved in the collision remained on the scene. He did not sustain any injuries.

Investigators say they do not suspect impaired driving. Roads in the area were closed while police investigated the incident.

Canadian Prime Minister Justin Trudeau took a plunge this weekend when he decided to throw caution to the wind and go bungee jumping just outside of the Ottawa area on Sunday.

RCMP seeing 'significant increase' in fraudulent activity in Canada since 2020

Citing a 'significant increase' in fraudulent activity in Canada in the last two years— the majority of which in the last year has been happening online—the RCMP is calling on Canadians to be aware of scammers' tactics.