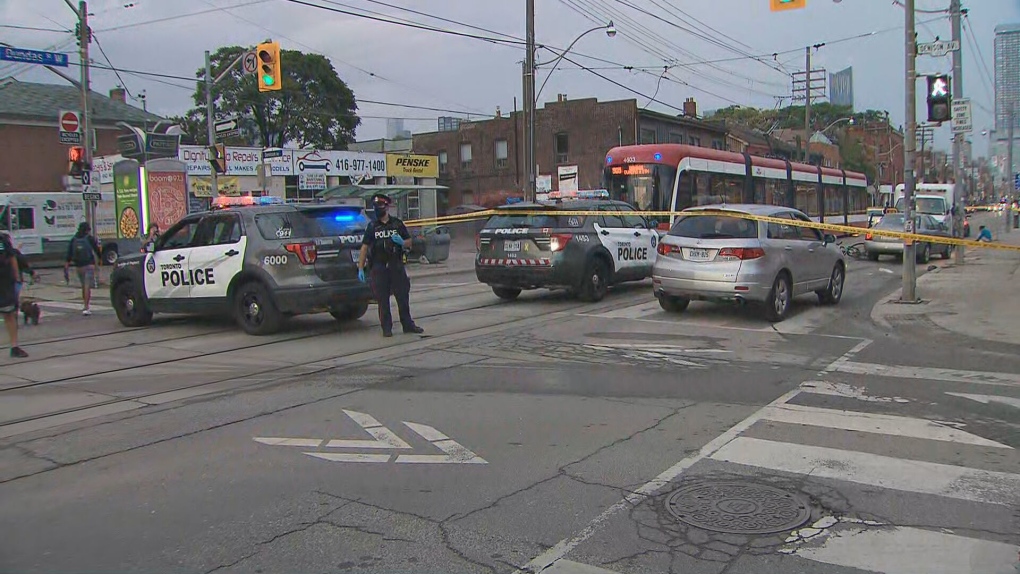 Toronto police are investigating after a cyclist was struck and killed downtown.

TORONTO -- A 37-year-old man is dead after being struck by a car downtown Thursday evening.

Toronto police were called to the intersection of Dundas Street West and Denison Avenue, west of Spadina Avenue, around 6:10 p.m.

Sgt. Orang Momeni said witnesses told officers that a man was riding his bicycle and was travelling east on Dundas Street in the passing lane when for some unknown reason, he lost control.

“He fell onto the pavement in the curb lane, where a motorist was also going the same direction,” Momeni said.

The victim was run over by the car and was dragged for a distance, he said.

Police said paramedics performed CPR on the victim and took him to hospital, where he died of his injuries.

Momeni noted that the driver of the car remained on the scene and is cooperating with the police.

A witness told CP24 that the victim fell over after his bike got stuck on the streetcar tracks. When asked about this, Momeni said they have received the same information from several people, but it is too early to establish whether that was exactly what happened.

Momeni said police are canvassing for videos from the TTC and witnesses to determine the circumstances that led to the crash.

Anyone with information is being asked to contact Traffic Services.