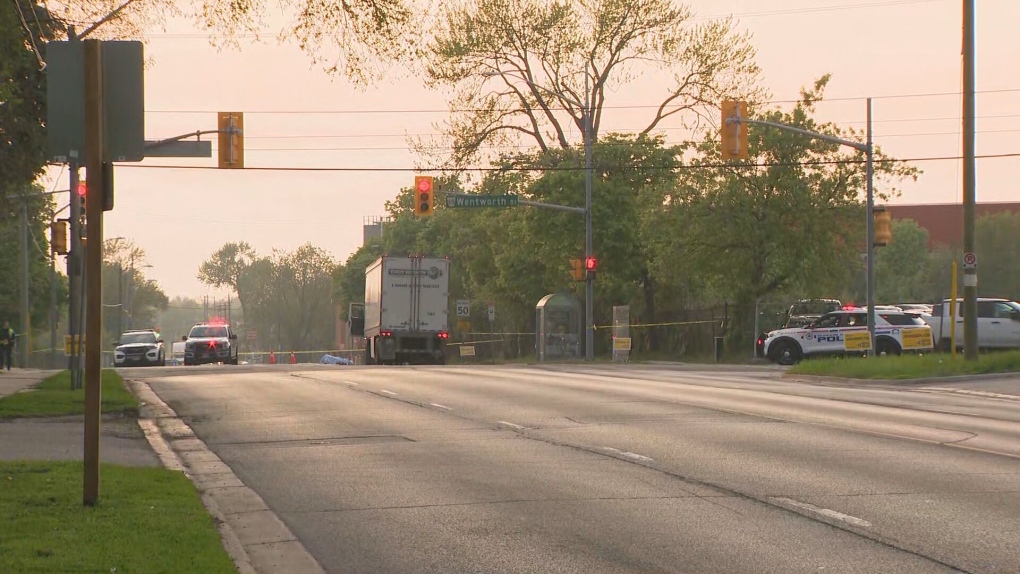 Police are on the scene of a fatal collision in Oshawa.

Durham police are investigating a collision in Oshawa Thursday evening, possibly involving a truck, which left one person dead.

Police said a cyclist was struck by a vehicle at the intersection of Wentworth and Simcoe streets.

The cyclist suffered critical injuries and was later pronounced dead.

Police have not released further details about the crash, including what vehicle was involved. However, images from the scene show a transport truck at the intersection, which police taped off.

Roads in the area were closed for the investigation.