Cruise ship leaves couple behind in Alaska after woman gets sick

TORONTO -- A Toronto couple say they had to take four connecting flights back home after their cruise ship decided to leave an Alaskan port without them on board.

Abdul Gafoor and Katherine Hsu decided to take an Alaskan cruise in September to celebrate their wedding anniversary. But four days into the trip, Hsu got sick and was treated by medical staff onboard the ship.

“They gave her oxygen and put an IV in her hand and said they would give her something to reduce her fever,” Gafoor said.

Hsu was kept overnight for observation in the ship’s medical area and the next day the ship's doctor felt she should go to a hospital at the next port in Juneau, Alaska.

“I asked the doctor can I just stay on the ship and they said no to be safe we should send you to the hospital,” Hsu said.

“Basically we were abandoned in this small town with limited facilities," Gafoor said.

Gafoor and Hsu said it cost them more than $3,000, with four connecting flights, to get back to Toronto.

“Having thrown us off the boat, at least make some arrangements to help us come back to Toronto, but they were like you are on your own now," Gafoor added.

To make matters worse, they felt because the ship was leaving and returning to Vancouver, B.C. they did not require travel medical insurance. Now they're also responsible for medical bills on the boat, which were $3,787, and $5,797 for care at the hospital. 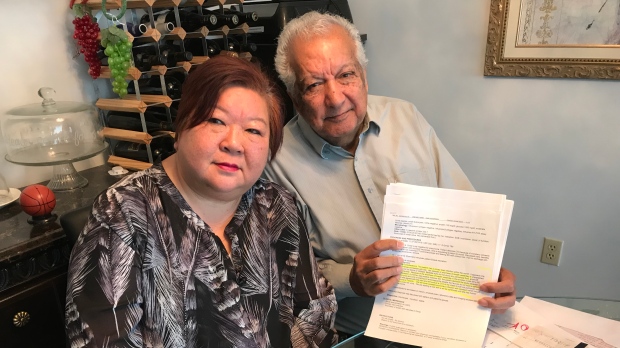 The ship the couple booked their cruise with was Celebrity Eclipse. A spokesperson for Royal Caribbean Cruises, which owns Celebrity Cruises, told CTV News Toronto that, “unfortunately, the medical team determined the guest was medically unfit to travel by sea.”

“As a goodwill gesture we provided the passenger and her companion credit for days missed,” the spokesperson added. “Our guest services team will be reaching out…to further discuss a satisfactory resolution.”

The couple says they had no idea a ship could refuse someone entry when they have a ticket to be onboard.

It's important to have travel medical insurance when taking a cruise. If you do fall ill while on vacation, you could be asked to leave a ship and have to find your own way home.