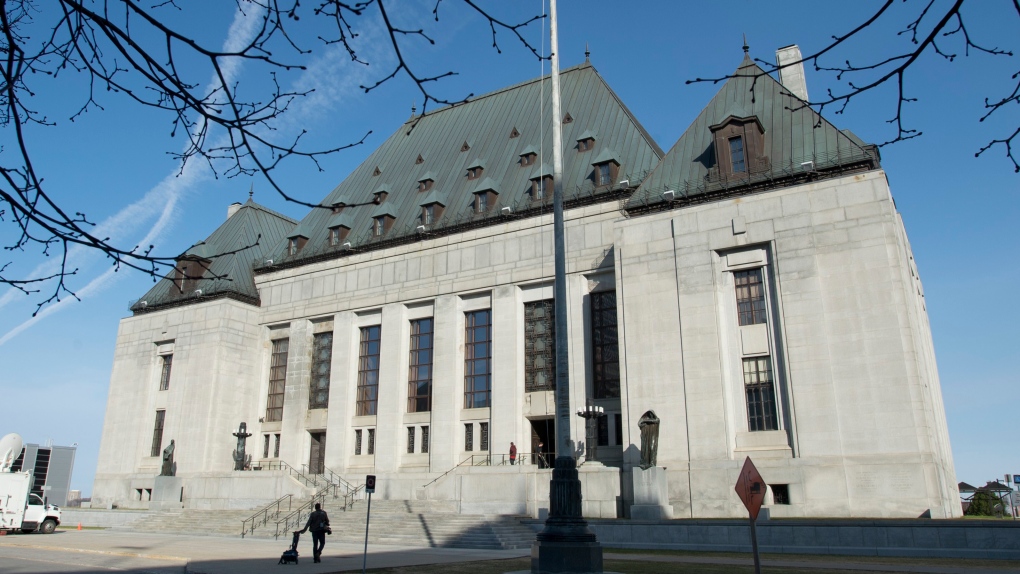 The Supreme Court of Canada is seen Friday, April 25, 2014 in Ottawa. THE CANADIAN PRESS/Adrian Wyld

TORONTO -- Canada's highest court will be asked to weigh in on a ruling that reopened the door for people accused of violent crimes to argue they were so intoxicated they had lost control of what they were doing.

The decision angered some women, and in a statement on Saturday a spokeswoman for Ontario Attorney General Doug Downey said the prosecution wanted the top court to hear a challenge to it.

“I can confirm that the Crown will be seeking leave to appeal to the Supreme Court of Canada,” said Jenessa Crognali. “It would be inappropriate to comment further as the matters are before the court.”

Crognali said the notice of leave to appeal had yet to be filed.

In overturning the convictions of two men in separate cases, the Court of Appeal on Wednesday struck down a decades-old section of the Criminal Code as unconstitutional.

The men, Thomas Chan and David Sullivan, had either killed or injured close relatives. Both were high on drugs - one had eaten magic mushrooms, the other had tried to kill himself with an overdose of a prescription stop-smoking medication.

Evidence was that both became psychotic and went on a violent rampage. Their defence, however, ran afoul of the ban on arguing self-induced extreme intoxication had resulted in their “automatism.”

The federal government had enacted the law in 1995 amid a backlash over a court ruling that recognized drunkenness could be raised to defend against a sexual assault charge.

“(The law) enables the conviction of individuals for acts they do not will,” the Appeal Court said in striking down Section 33.1.

While such cases are rare and successfully raising an intoxication defence would be difficult, critics argued it had undermined a measure aimed at protecting women from sexual violence.

“We are dismayed that women's rights to equality and dignity are not given more adequate treatment,” the Women's Legal Education and Action Fund said of the ruling. “It also risks sending a dangerous message that men can avoid accountability for their acts of violence against women and children through intoxication.”

Both federal and Ontario New Democrats had urged an appeal.

However, the Canadian Civil Liberties Association said concerns the court had reopened floodgates for men accused of violence to argue intoxication were unwarranted.

For one thing, an accused would still have the difficult task of proving they were in a state of automatism to raise the extreme intoxication defence successfully. Simply claiming to have been drunk wouldn't cut it.

Cara Zwibel, a director with the liberties association, said the ruling had not undermined the rights of victims.

“This is a rarely used provision,” Zwibel said. “It's not this widespread, systemic concern.”

Neither the association nor the legal fund, both interveners in the case, had any immediate comment on the proposed appeal on Saturday.

Ontario NDP Leader Andrea Horwath called the decision to try to appeal a “huge relief” and thanked those who had raised concerns.

This report by The Canadian Press was first published on June 6, 2020.