TORONTO -- Dafonte Miller said he feared for his life on the night he was assaulted in Whitby by an off-duty Toronto cop, who repeatedly struck him in the head and body with a metal pipe, a court heard Friday.

“As I stood banging on the door of the home at 113 Erickson Drive, blood dripping from my face, pleading for help, I thought that Michael Theriault was going to kill me with a steel pipe,” Miller said in a victim impact statement read aloud by the Crown in an Oshawa courtroom this morning.

A sentencing hearing began this morning for Const. Michael Theriault, who was convicted of assault in the December 2016 beating of Miller, a young Black man who was left blind in one eye following the incident.

In Miller’s statement to the court, he said it appeared the accused wanted to “cause him great physical harm” that night.

“Standing at that door, I was not an aggressor. I was not trying to attack Michael Theriault, I was pleading with someone to call 911 so that I could get help,” he said. “Despite seeing me in this state, Michael Theriault took a steel pipe and used it to repeatedly hit my face and body.”

Theriault and his younger brother Christian were both charged with aggravated assault and obstruction of justice in connection with the Dec. 28 assault on Miller, who was 19 at the time.

A judge-alone trial was held for both men in the fall of 2019 and in June, Ontario Superior Court Justice Joseph Di Luca acquitted Christian Theriault of all charges and found Michael Theriault guilty of the lesser charge of assault.

In his decision, Di Luca said that while the brothers may have acted in self-defence during some of their interaction with Miller, eventually the young man began to retreat.

Di Luca found that Michael Theriault was not acting in self-defence or trying to make a lawful arrest when he struck Miller in the face with a four-foot long metal pipe near the end of the altercation, after his eye had already been damaged.

For this reason, Theriault was only found guilty of simple assault rather than aggravated assault.

Miller suffered severe injuries during the violent altercation, including what the judge previously described as a "horrific eye injury."

His left eye was dislodged from its socket and split in four and after multiple surgeries, it could not be saved.

‘I now look at police differently’

Miller said that he is still in disbelief that a police officer would ever behave the way Theriault did that night.

“Someone that is sworn to serve and protect was viciously attacking me without any justification for doing so,” Miller’s statement continued.

“I now look at police differently. As a young Black man, I have often heard stories of police abusing their power, but I had never experienced it like I did on December 28, 2016.”

He said “things could have gone very differently” for him that night had a resident in the neighbourhood not called police.

“I am also very conscious that things would have gone very differently if my family and I had not retained our own counsel to inform the SIU of my attack. The police did not question for one minute that I had somehow brought on or deserved the beating I suffered,” he added.

“I was handcuffed and charged, while Michael Theriault walked away completely free. No one questioned him. Only I was worthy of suspicion. I believe that this was because of the colour of my skin.”

He added that since the assault, he has become “withdrawn” and irritable and continues to suffer from headaches.

“I will forever be known as ‘Dafonte Miller, the Black kid that was assaulted by police officer Michael Theriault.’ It will forever be a part of my story. If this is going to be my story, I want it to mean something,” his statement read.

“I want for none of my Black brothers and sisters to have to this become a part of their story too.” 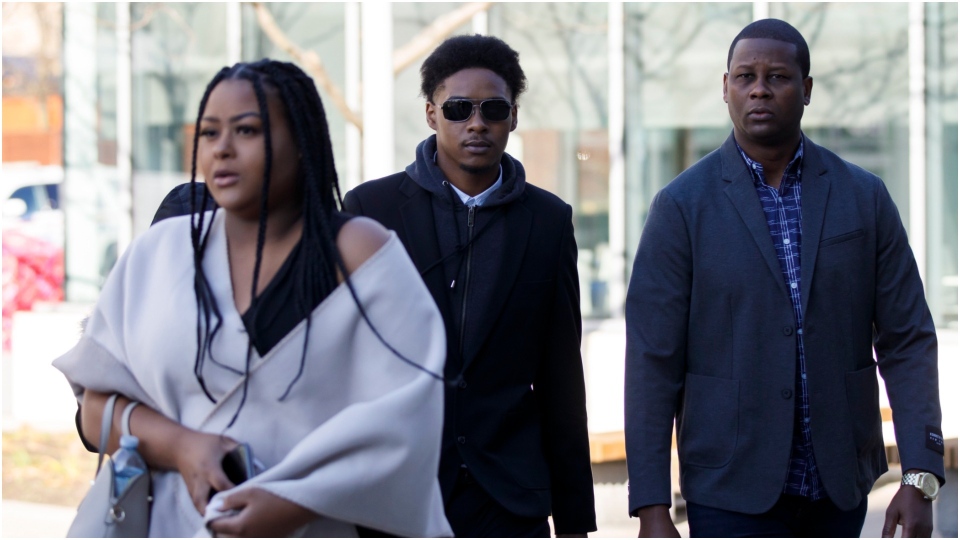 Miller said he would like to see Theriault serve jail time for the offence.

“Not just a slap on the wrist, but real jail time. A sentence that fits the nature of his crime,” he said.

An assault conviction carries a maximum penalty of five years in prison.

Theriault’s lawyers previously filed an application to toss out the conviction, arguing that the trial judge “lacked jurisdiction" to convict their client on the simple assault charge.

The application was subsequently dismissed.

Crown seeks sentence of up to 15 months in jail

The Crown is recommending that Theriault serve 12 to 15 months in jail for the assault on Miller.

The defence, however, argues that a conditional sentence would be more appropriate given that Theriault has no criminal record, has never been charged with a criminal offence before, and is remorseful for his actions.

The judge will release his decision on Nov. 5 at 9:30 a.m. at the Oshawa courthouse.

Miller's mother, Leisa Lewis, also provided a written statement to the court on Friday, where she called for a sentence that would “set a strong precedent for future cases.”

"When I received the call that Dafonte was being taken to the hospital I rushed to be by his side. After he was released from the hospital, Dafonte spent many nights sleeping in my bed because he was afraid, physically in pain and anxious to sleep on his own," she said.

"Despite being physically in the same place, he was mentally and emotionally disconnected from everything and everyone around him. He did not want to talk about anything."

She said since the incident, there has been a "heaviness" hanging over their home.

"Everyone feels like they are walking on eggshells, not sure what to say to Dafonte, not sure how to help him heal from this," she said.

"It is my hope that this sentencing will set a strong precedent for future cases and that no Black family or any family for that matter will endure this same tragedy, because then and only then would these four years have meant something."

For his part, Theriault read a statement aloud to court on Friday, saying that he was not a racist and making note of his unblemished record as a police officer prior to the incident.

"I never imagined that I would be charged with a criminal offence or be before a court facing a sentencing hearing for violating the very laws I promised to uphold. This is devastating to me and to my family. And regardless of the sentence imposed, I still face a disciplinary hearing and other consequences arising from the court’s judgment," he said. 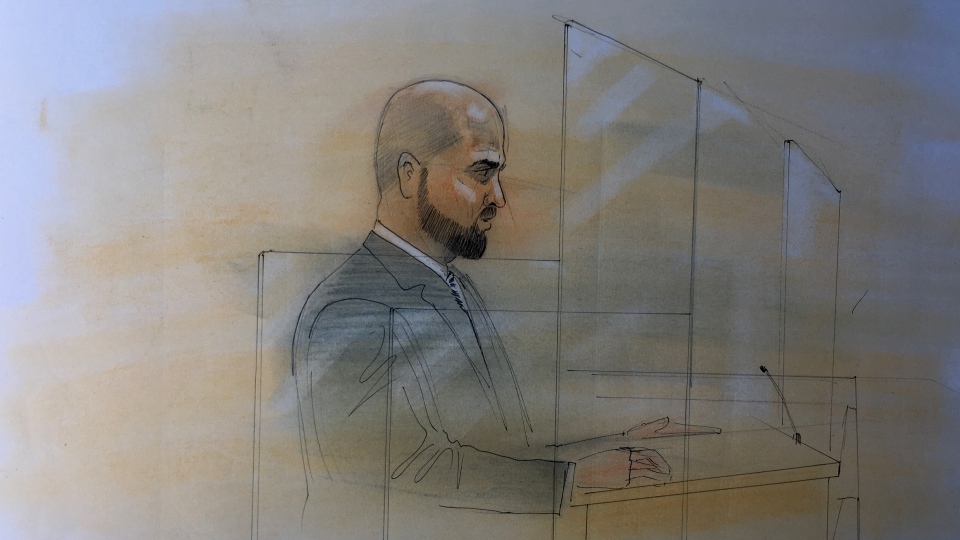 He also expressed sorrow and regret to Miller and his family.

"Although I never intended to seriously hurt Mr. Miller it does not change the fact that I am so sorry that he was severely and permanently injured. I am also sorry for everything that Mr. Miller’s family has had to endure and the effects on them. When I read the victim impact statements, no part of me tried to minimize how they are feeling."

Case has contributed to 'erosion of trust' in police

In a victim impact statement provided by the Black Action Defense Committee, the group said the case has "significantly contributed to the erosion of trust" in law enforcement and the justice system in Canada, particularly in the GTA.

"There are Black youth who are more terrified of police officers than ever before. There are mothers of young Black boys and men that have been counselling their sons on how to behave to avoid contact with the police and never to call the police even if their lives are in danger," the statement read.

"There is real fear of the police, whom are expected to serve and protect society, equally and equitably. This case has demonstrated in very clear terms to Black people that (the) system of justice is significantly weighted against them."

The apology came following the release of an Office of the Independent Police Review Director (OIPRD) report that found Toronto police were wrong not to notify the Special Investigations Unit (SIU) on the night of Miller's assault.

In a statement released the following day, Miller said he received the OIPRD report minutes before the apology and suggested that the police service's response was a "public relations exercise" that did "nothing to build bridges."