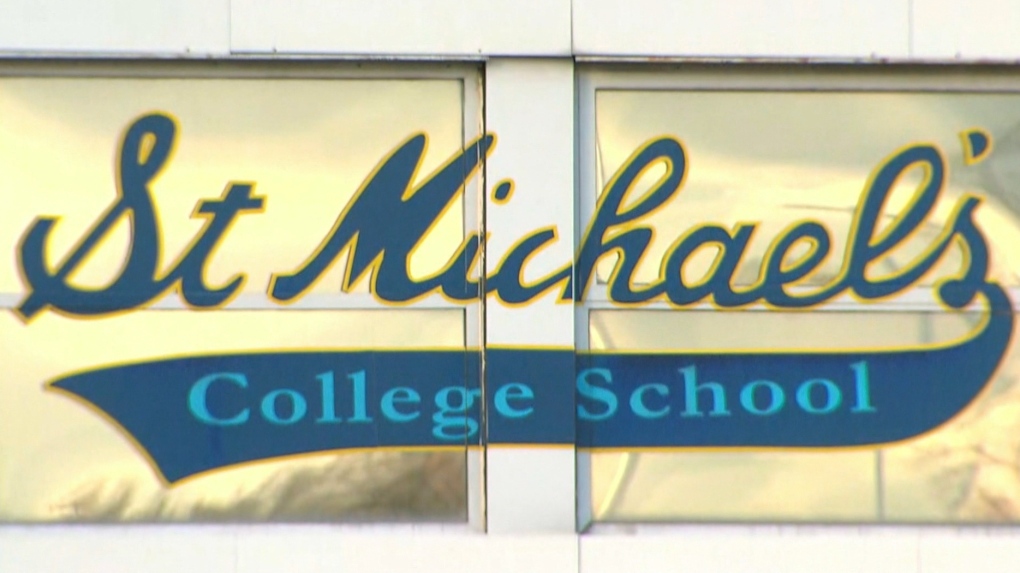 TORONTO -- A teen found guilty of sexually assaulting another student at an all-boys Catholic school in Toronto should spend three months behind bars, the prosecution argued at a court hearing Friday, calling the incident “violent and humiliating.”

The defence, meanwhile, argued the teen should receive a probationary sentence of two years with no time in jail - like four others who pleaded guilty in the same incident at St. Michael's College School in 2018.

The teen was found guilty in June of gang sexual assault, sexual assault with a weapon, and assault after another teen was sodomized with a broom handle in a locker room at the school.

“This was a violent and humiliating sexual assault on a young person by group of people in front of a larger group of people,” Crown attorney Sarah De Filippis said in court.

During his trial, the accused teen testified he feared he'd become the victim of a sexual assault if he didn't hold his friend's arm down on Nov. 7, 2018.

The incident was captured on cellphone video and shared widely on social media before police launched an investigation, which sparked a national discussion on hazing in youth sports.

The judge didn't buy the accused teen's argument and said he could have chosen not to participate.

No young person involved in the proceedings can be named due to provisions under the Youth Criminal Justice Act.

The Crown said the teen victim, a friend of the accused, has suffered tremendously and “may later in life suffer from psychological or mental health issues as a result of this incident.”

She said the accused teen's apologies in the case were nothing but “superficial remorse.”

“This was a horrific sexual assault that was captured on video and released to students,” De Filippis said.

The accused teen faced the same charges in a similar incident against another student in October 2018. Those charges were withdrawn earlier this year after the judge found there was not enough evidence to proceed.

The defence pointed to the no-jail-time sentences handed down to four other teens who pleaded guilty to two sexual assaults, and noted that his client was found guilty of participating in one sex assault.

“It cannot be said he did anything worse,” said Geary Tomlinson, the accused teen's defence lawyer.

Tomlinson also took issue with the Crown's description of his client's level of remorse, pointing to a pre-sentence report by a social worker that contained a letter of apology from the accused teen to the victim.

“I feel bad, I apologized after, I told him I was sorry and I can't say sorry enough,” the accused teen told the social worker, court heard.

Tomlinson said his client has done community service, graduated on the honour roll and is now enrolled at university.

“There is ample evidence that it would be favourable to society by allowing this young person to continue on his rehabilitative path,” Tomlinson said.

Sentencing is set for Nov. 2.