Crown says Schlatter 'stalked and isolated' woman before strangling her 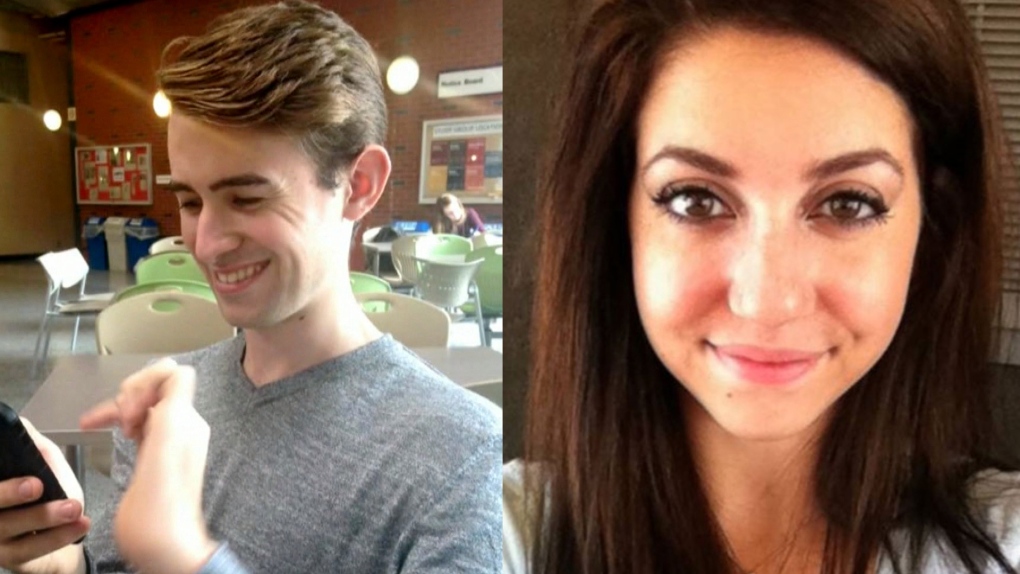 TORONTO --  A Toronto man set on having sex "stalked and isolated" a young woman he met outside a club and lured her to a dark alley, sexually assaulting and strangling her when she spurned his advances, prosecutors alleged Tuesday.

The Crown argued Kalen Schlatter, 23, acted like a "predator" towards Tess Richey in the early hours of Nov. 25, 2017, trying to prevent the 22-year-old from going home because he wanted to have sex with her.

In her closing submissions Tuesday, prosecutor Bev Richards said Richey twice approached a taxi that night and had already called an Uber when Schlatter led her into a dark alley in downtown Toronto.

"She has no interest whatsoever in Kalen Schlatter. Indeed, she has the opposite interest. She wants to leave him, she wants to go home," the prosecutor told jurors.

Richards suggested Schlatter may have offered to walk Richey to her ride or to show her a shortcut, but instead sexually assaulted and killed her in an outdoor stairwell.

"Kalen Schlatter sexually assaulted Tess Richey and he brutally strangled her to death because she fought back, because she tried to defend herself from a predator," she said.

Schlatter has pleaded not guilty to first-degree murder. He testified last week that Richey, who he had met earlier that night, led him to the stairwell to "make out" but they did not have sex because she was on her period.

He told the court he ejaculated in his pants during the encounter, and they parted ways sometime afterwards. Schlatter said Richey did not want him to stay so he left her in the alley and made his way home by taxi and Uber and partly on foot.

Richey's body was found days later. Schlatter's semen was detected on her pants, and his saliva on her bra.

Court has seen security footage from that night that shows Schlatter, Richey and her friend Ryley Simard at a club, though Schlatter does not interact with the two friends inside the venue. 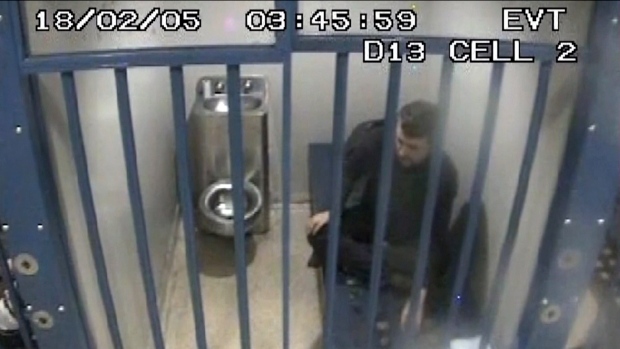 Video from outside the club shows Schlatter approaching a woman who ends up leaving with another man, then another who is with two male friends. One of the men appears to intervene in the conversation.

At some point, Simard has a brief interaction with Schlatter, which court has heard was her asking him for a light.

Richey and Simard are then seen leaving the area and Schlatter heads in the same direction shortly afterwards. The group is later seen walking in the neighbourhood, at one point stopping for hotdogs and talking to people outside a home.

Prosecutors argued Richey showed no affection or interest in Schlatter in the footage, and was calling an Uber at 4:02 a.m. when he sat down next to her on a concrete barrier following Simard's departure. They got up at 4:12 a.m., according the the video.

Defence lawyers said in their closing arguments Monday that Schlatter was an "easy target" for investigators, since he was the last person seen with Richey, but argued he is innocent.

They have pointed the finger at another man who was seen in the area that night, suggesting he watched the pair make out then vaulted over a fence and a tall wooden gate to get into the alley without detection.

The Crown called that version of events "ridiculous" in its closing arguments Tuesday, saying there was no way the man -- who can only be identified as J.G. -- would have known where Schlatter and Richey were.

"(J.G.) did not jump back fences in the dark, avoiding all surveillance cameras and landing completely undetected ... waiting for Kalen Schlatter to leave so that he, (J.G.) could vault a six-foot fence from the laneway and a second six-foot front fence to attack an unsuspecting Tess Richey," Richards said.

J.G. last appears on video surveillance walking in the direction of his home around 3:40 a.m., more than half an hour before Schlatter and Richey are seen going into the alley. Court has also heard nothing found on Richey matched J.G.'s DNA.

Richards noted that when J.G. went to speak to police after Richey's body was found, he "didn't have a mark on him," despite evidence that Richey fought back against her attacker.

It was also his account that led investigators to obtain security footage from an ATM, from which they drew the images that identified Schlatter, she said.

The Crown noted Schlatter's former cellmate, a longtime criminal with a "huge record" identified only as E.S., also gave investigators information they did not previously have.

E.S. testified that Schlatter, who shared his cell for nearly two months, confessed to strangling Richey.

Richards urged jurors to consider E.S.'s testimony with "reserve, caution and common sense," but said some details of his evidence were corroborated.

It was E.S. who told police Schlatter had described taking a taxi part of the way home that night, then getting out and ordering an Uber, as an effort to evade investigators, she said.

"E.S. could not have gotten these details from any other source but Kalen Schlatter himself," Richards said.

The Crown argued Schlatter admitted on the stand to lying to two undercover officers the night he was arrested, telling them he had been making out and grinding with Richey inside the club.

Schlatter testified he lied to impress the two men he believed to be criminals, to protect himself and hide his bisexuality.

But Richards argued he had different motives, that he sought to suggest Richey was receptive to his sexual advances.

"Schlatter wanted to convey a history of the night's events that would support his assertions that what happened in the stairwell was consensual. That Tess Richey wanted him as much as he wanted Tess Richey," she said.

The trial is one of the only cases continuing in Ontario as the province's courts essentially shut down in an effort to limit the spread of COVID-19.

This report by The Canadian Press was first published March 17, 2020.