Crews recover crane that toppled over at Toronto construction site

TORONTO -- Crews have recovered a crane being used in Eglinton Crosstown construction that toppled over after the ground underneath it collapsed.

The incident occurred Monday night at around Eglinton Avenue and Mount Pleasant Road.

Engineers say the ground shifted due to soil erosion caused by water. When this occurred, the 70-tonne piece of equipment fell over.

"The crane was being used yesterday to lift loads at the site and apparently some water did appear and the sink hole opened up and the crane sunk into the sinkhole," Kristin Jenkins with Crosslinx Transit Solution told reporters at the scene. 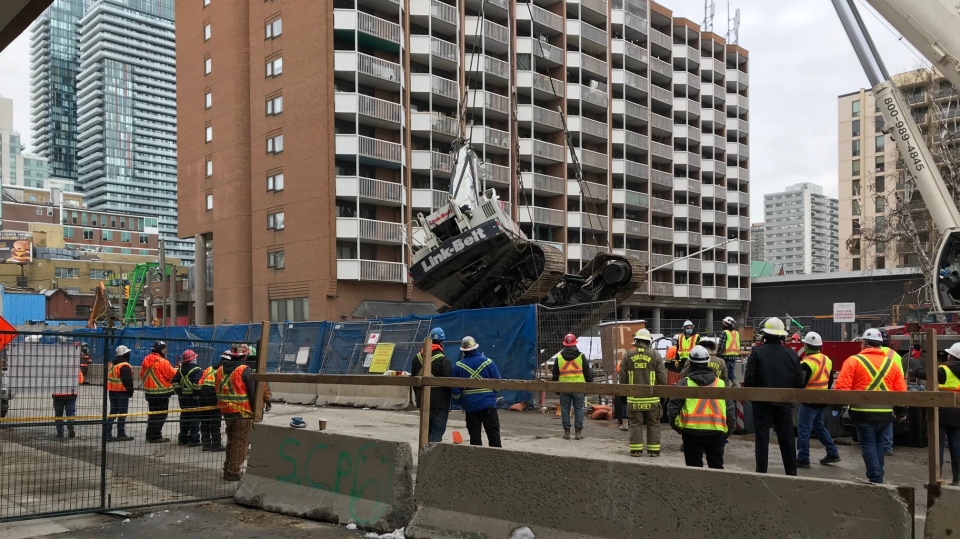 According to Jenkins, the operator had to jump from the crane to safety while others had to scramble to get out of its way.

"Fortunately nobody was seriously hurt."

Paramedics confirmed that one person sustained minor injuries and was transported to the hospital for treatment.

In a statement, the Ministry of Labour said they are investigating the incident and that the employee, who worked for All Canada Crane Corp, had injured their leg. 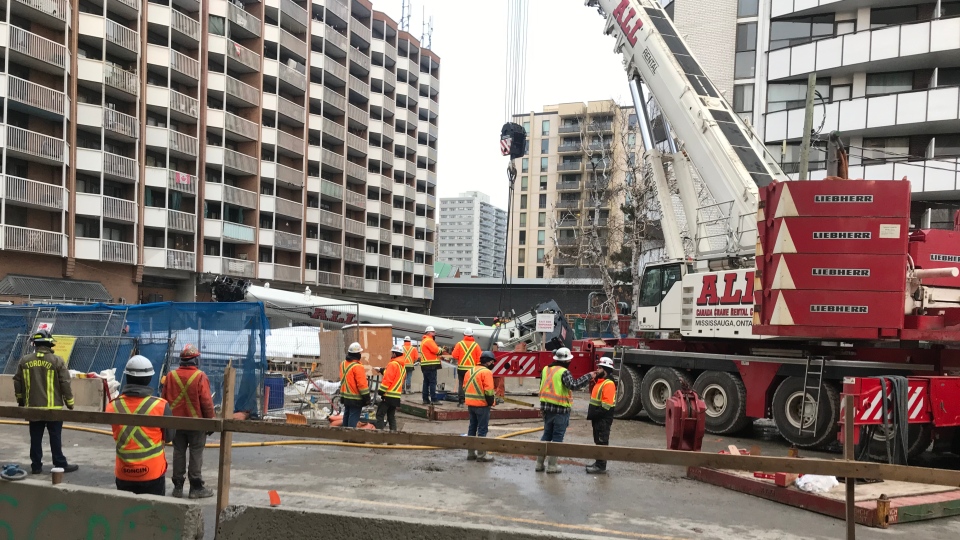 Roads in the area were closed while crews used a second larger crane to stabilize and recover the one that fell.

Just before 10 p.m., officials said roads in the area had reopened.