A single-vehicle crash along Highway 404 in Newmarket on Wednesday morning has left one man dead. (OPP)

TORONTO -- One man is dead following a crash on Highway 404 in Aurora on Wednesday morning.

Police say the single-vehicle collision occurred near Aurora Road at around 7:30 a.m.

"The single vehicle for some reason drifted off through the median across all northbound lanes and ended up in the ditch," OPP Sgt. Kerry Schmidt said. "No other vehicles were involved."

A 41-year-old Oshawa man, who was the lone occupant of the vehicle, was found without vital signs.

Despite life-saving efforts, the man was pronounced dead at the scene, Schmidt said. 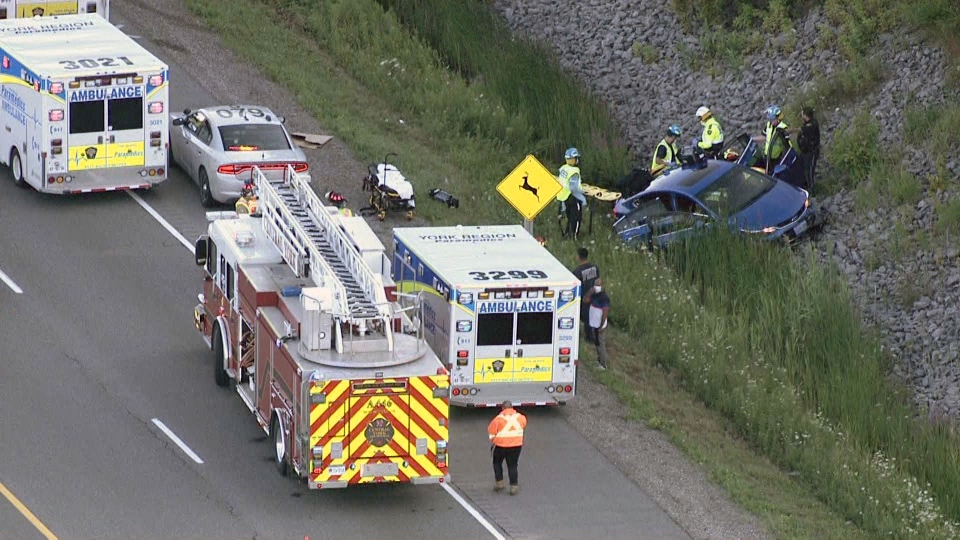 "We have officers from the Aurora detachment as well as our collision reconstruction team that are on scene, assisting with the investigation collecting whatever evidence we can find," Schmidt added.

"Speed and alcohol are not considered factors in this collision. Notifications to the family have already been made and the coroner is currently on his way to the scene to conduct their investigation as well."

Police are urging anyone who witnessed the collision to contact investigators.

"We have spoken to some witnesses already and we are continuing to do what we can to provide answers to the family," Schmidt said.

Northbound lanes of the highway are shut down at Aurora Road for the investigation but Schmidt said all lanes should reopen by noon.