CP Holiday Train is coming to Toronto this week

CP Holiday Train is coming to Toronto this week 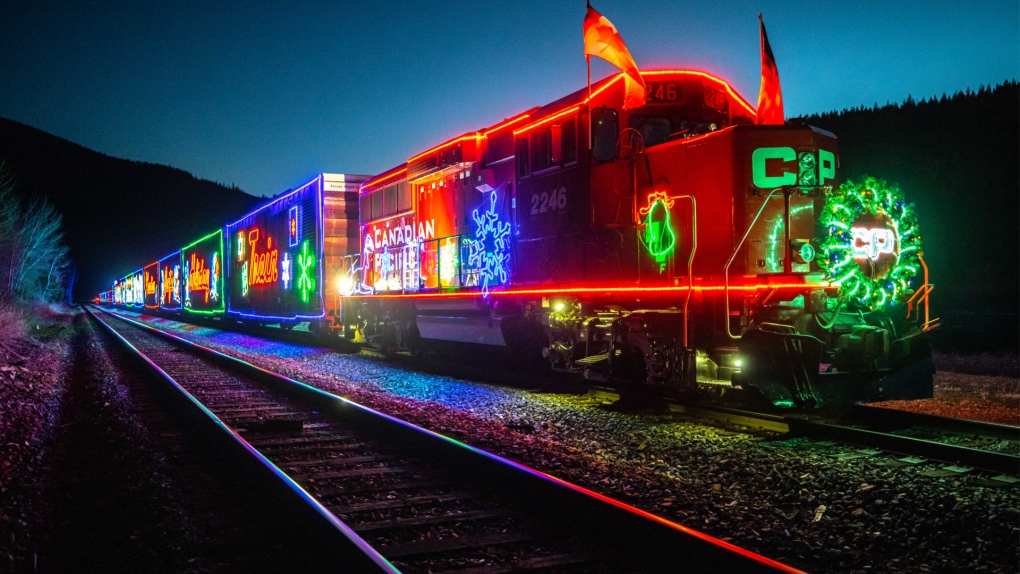 After two years of virtual concerts, the Canadian Pacific (CP) Holiday Train is back and it will be rolling through Toronto this week.

On Tuesday, the train will stop at the CP Yard Office parking lot at 750 Runnymede Rd., just south of St. Clair Avenue West.

The train will arrive at 8:15 p.m., but Torontonians can hang around for a 30-minute concert starting at 8:30 p.m. with musicians Aysanabee and Tenille Townes.

The show is free to attend, but CP encourages attendees to bring some money or non-perishable food items to donate if they can.

“The CP Holiday Train, now in its 24th year, celebrates family, community and service to one another,” CP President, Keith Creel, said in a news release.

“We hope the train’s bright lights and music foster celebrations across Canada and the U.S., bringing with those celebrations a reminder of our duty to help those less fortunate this holiday season.”

In the last two decades the Holiday Train has been around, it has raised over $21 million and collected five million pounds of food for community food banks across the continent.

Canadians far and wide can check out the CP Holiday Train tracker to see when and where the train will be in town and who will be performing that day.

Biden says he gave the order for Chinese balloon shootdown

President Joe Biden said on Saturday that he ordered U.S. officials to shoot down the suspected Chinese spy balloon earlier this week and that national security leaders decided the best time for the operation was when it got over water.

How to stay safe in extreme cold: Recognizing the signs and symptoms of frostbite, hypothermia

China balloon: Many questions about suspected spy in the sky

Marit Stiles officially became the new leader of the Ontario NDP on Saturday after a majority of party members voted in favour of the lone candidate.

Eyes on the sky as Chinese balloon shot down over Atlantic

Eyes were locked on the skies Saturday as a suspected Chinese spy balloon passed over the U.S. Eastern Seaboard -- where local authorities warned civilians against taking potshots with rifles -- before it was shot down when it drifted over the Atlantic Ocean.