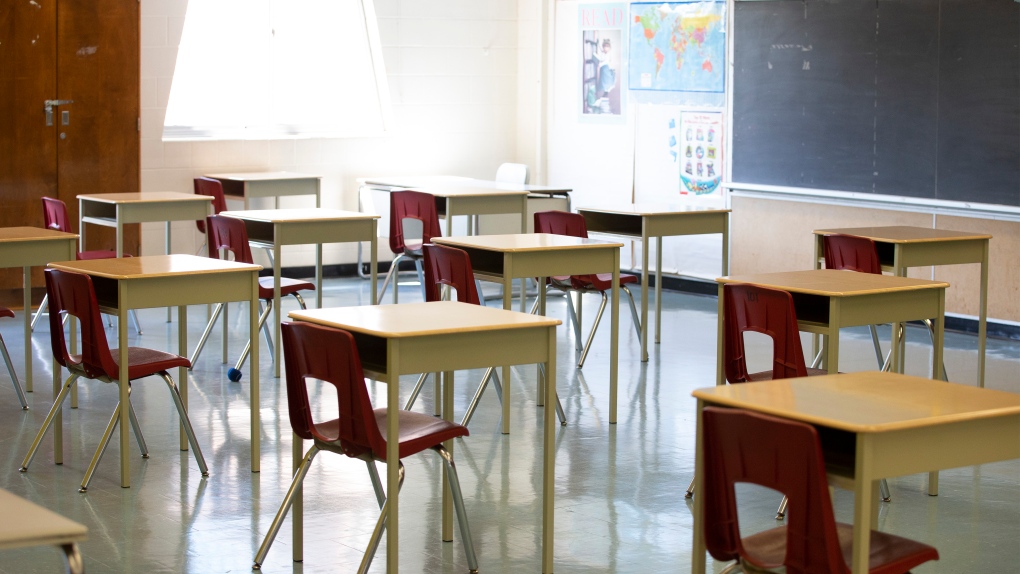 TORONTO -- The pandemic has placed significant pressure on principals at Ontario's schools, with those at virtual schools feeling the most stressed, a new survey suggests.

The advocacy group People for Education surveyed principals at 1,173 schools across the province, including 906 in-person, 226 hybrid, and 41 virtual schools.

"Principals are dealing with an exceptional set of challenges related to running schools during a pandemic," People for Education said in a report on the survey released Tuesday.

"Principals said that to serve their students and staff more effectively, they need more consistent and clearer communication, increased resources, and more time."

Principals have become responsible for acting as liaisons with local public health units and implementing new COVID-19 policies at schools, the group said.

In many cases, principals are the contact tracers, screeners and translators of rapidly changing government policies, it said.

Principals responding to the survey said they needed increased resources, such as more staff, the removal of non-essential paperwork, and more time, such as a shorter school day to allow for planning, to help with their increased workload.

There also needs to be more understanding of the challenges they face during the pandemic, they said.

People for Education said 73 per cent of principals surveyed from in-person schools indicated that ensuring adequate distancing among students was among the top issues they dealt with.

For principals surveyed from virtual schools, managing student enrolment was identified as the most challenging issue.

The group recommended in its report that the provincial government create an education advisory task force, with key education and health stakeholders, to inform policy before it is implemented.

A spokeswoman from the Ministry of Education said Tuesday that the province was grateful for the "vital work" that principals, educators and staff do every day.

"This is a once-in-a-generation crisis and we are proud to see our school staff step up their efforts throughout these extraordinary circumstances," Caitlin Clark said in a statement.

The government also noted that it invested $54 million dollars into hiring principals and vice-principals for virtual schools and administrative staffing support for remote learning.

People for Education said its survey was sent to schools in the fall of 2020 and could be completed online in both English and French.