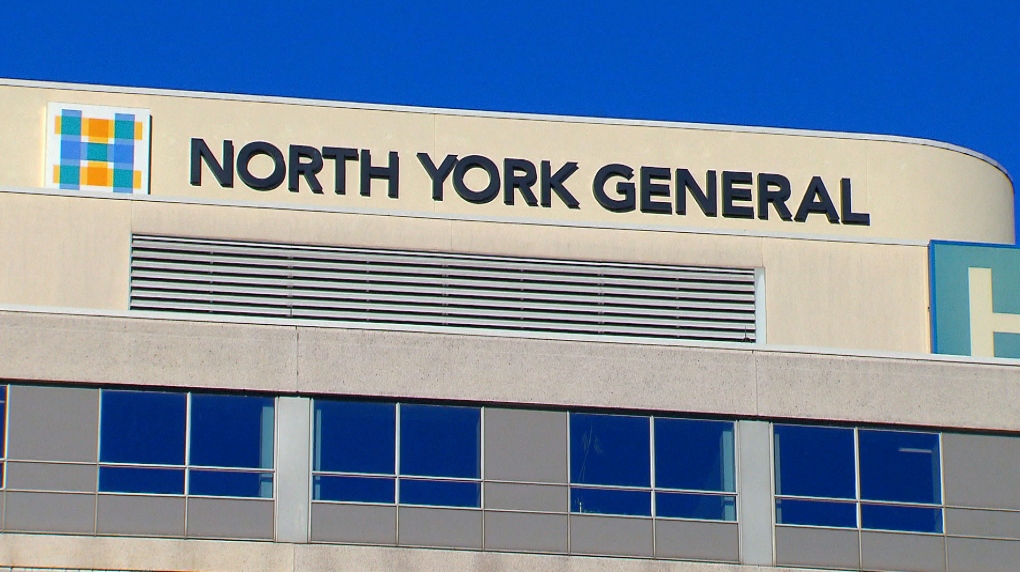 The exterior of North York General Hospital is seen.

TORONTO -- An outbreak of COVID-19 has been declared at North York General Hospital.

The most recent outbreak was declared at the Toronto hospital’s general site on Sunday, according to its website.

It is the second active outbreak at the hospital after another was declared in its seniors’ health centre last week.

As of Friday afternoon, there were 12 in-patients infected with COVID-19 at the hospital, four in the intensive care unit and four remaining on ventilators.

On its website, the hospital said the affected units are closed to new admissions or transfers once an outbreak is declared, but otherwise operation is as normal with enhanced cleaning and safety protocols in place.

Provincial health officials declared three new outbreaks of COVID-19 at Ontario hospitals on Sunday and none on Monday.

As of Monday morning, there were 17 active outbreaks in Ontario hospital units.

There were also several COVID-19 outbreaks declared at Toronto-area hospitals prior to this past weekend.

Sunnybrook Hospital said on Friday that five cases of the novel coronavirus had been detected in one of their surgical units.

One day earlier, the Scarborough Health Network said six patients in a unit at its general hospital had become infected with the disease and the University Health Network also confirmed that it is responding to an outbreak involving four patients at an in-patient unit at the Toronto Rehabilitation Institute.

An outbreak is defined by officials as two COVID-19 cases found within a 14-day period, where both cases could reasonable have been acquired at the facility.