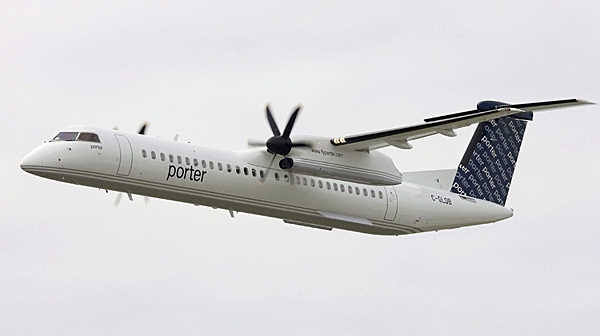 A Porter Airlines Bombardier Q400 turboprop does a flyby at the Billy Bishop city centre airport in Toronto in this Aug. 29, 2006 photo. (THE CANADIAN PRESS/Adrian Wyld)

Air Canada had challenged how takeoff and landing slots were awarded at the island airport just south of Toronto's downtown core, saying they were unfairly handed out.

The Federal Court originally ruled in July 2010 that the Toronto Port Authority acted fairly when it handed out 44 of 90 new slots to Porter.

Air Canada was allotted 30 slots and U.S.-based Continental Airlines got 16.

Porter said the court also ruled that Air Canada must pay the smaller regional airline's legal costs, as well as those of the port authority.

A spokesman for Air Canada said the airline was reviewing the decision and would have no comment.