Council bans sales of pets from puppy mills in Toronto 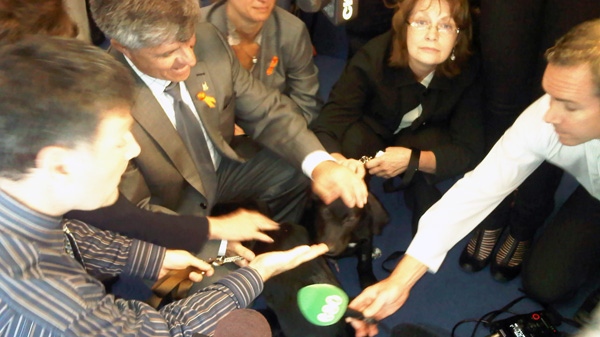 Council voted unanimously to institute the changes that aim to keep stores from selling animals from puppy or kitten mills.

The motion, put forward by Coun. Glenn De Baeremaker, originally went to council at the end of May but was postponed.

De Baeremaker told CTV Toronto on May 31 that the approval of this motion would mean pet owners would know exactly where their pet is coming from, "and that it's been treated humanely and with love."

De Baermaeker said on Wednesday that he was pleased with the vote.

"It really slams the door closed on people who mass produce animals for profit," De Baeremaeker told The Globe and Mail.

The motion is designed to combat the illegal sale of dogs and cats from some breeders who raise the animals in unsanitary and overcrowded enclosures.

Council also directed city officials to work with the Ontario Society for the Prevention of Cruelty to animals and encourages residents to report any knowledge of operating puppy or kitten mills in the city.

In August, a national pet store chain, PJ's Pets, announced that the store will no longer sell puppies and instead focus on supporting pet adoption services.