TORONTO -- Elena Iacono has fond memories of growing up and cooking in the kitchen with her nonna.

“I remember my grandmother making her ravioli, and I remember watching her with the ravioli knife,” the Oakville, Ont. resident tells CTV News Toronto. “It was just an incredible childhood experience.”

When Elena’s grandmother passed away in April, COVID-19 restrictions meant that she and her family were unable to hold a funeral.

“I was really trying to process this grief, and I spent the summer just replicating my grandmother’s recipes,” she said.

“I thought, this is such a perfect opportunity to honour her and help Canadians as they are going through this pandemic.”

Before long, Elena had created a cookbook called “My Nonna Ma’s Kitchen: A collection of homemade Italian recipes.” The book includes recipes for pasta, meat dishes and desserts, each of which she learned from her grandmother. 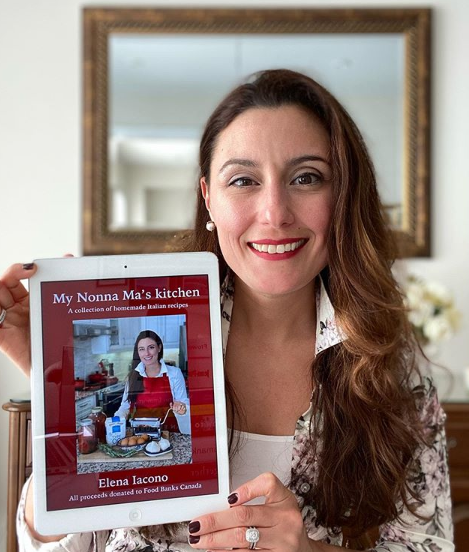 “She used to spend a lot of time with my mother in the kitchen,” Marisa Iacono, Elena’s mother, tells CTV News Toronto. “That bond she has with my mom -- I didn’t realize that bond she had until she wrote this book. I knew it was there, but it’s just so profound now that it’s in print.”

Elena surprised her mother with the book, hoping it would help her with the grieving process.

“We were incredibly surprised! It was a surprise for both my husband and I,” Marisa says. “The pictures [Elena] chose, and the recipes that she chose, those are dear to our hearts. And they were missed.”

And it wasn't an easy task. Most of her grandmothers’ recipes, Elena said, she had to recall from memory.

“She actually didn’t write anything down. There are no written copies of her recipes,” she laughs. “I was actually amazed that I was able to create these recipes through memory.”

Once the book was ready to be shared, Elena decided that all proceeds would go to a good cause.

“I knew I wanted to do something connecting her love of food, her love of this country with an organization doing so much for Canadians, especially right now in this pandemic,” she explains. “All of the proceeds are going to Food Banks Canada to help so many who could use a little warmth and hope.”

A PDF version of the book is available on Elena’s website, and customers are encouraged to donate to Food Banks Canada. Elena set a goal of raising $5,000, but three weeks in and she has tripled that goal.

“This campaign has generated over $15,000 in support for food banks across Canada,” says Tania Little, chief developments and partnership officer with Food Banks Canada. “It’s a remarkable story of personal passion, commitment and generosity.”

Elena hopes to keep fundraising as a way to pay tribute to her nonna while also keeping her legacy alive. 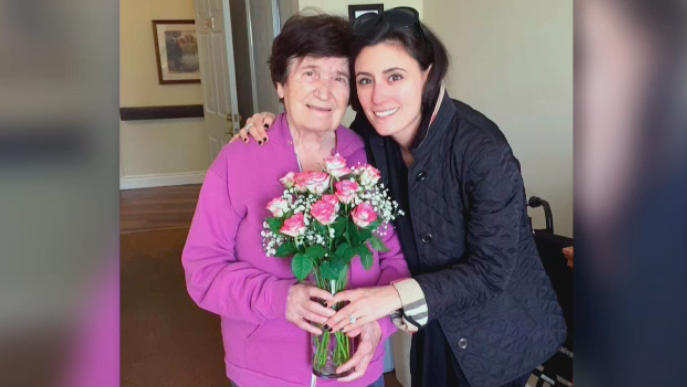 “It’s just wonderful,” says Marisa about the fundraising component of “My Nonna Ma’s Kitchen.” “My mom would be thrilled.”

“I think that she would be very, very pleased,” Elena says. “She’s created a spotlight for so many people to access something that she was so passionate about, and that is simple, good food.”

Elena also hopes that her nonna’s recipes will make others happy to cook and eat, just as they have for her.

“I think my grandmother’s secret ingredient was cooking with her whole heart, knowing that we were all going to be truly enjoying it and being together around the table,” she says. “That was actually the memory that I was trying to hold on to while creating this book.”

You can find "My Nonna Ma’s Kitchen" and donate to Food Banks Canada here.