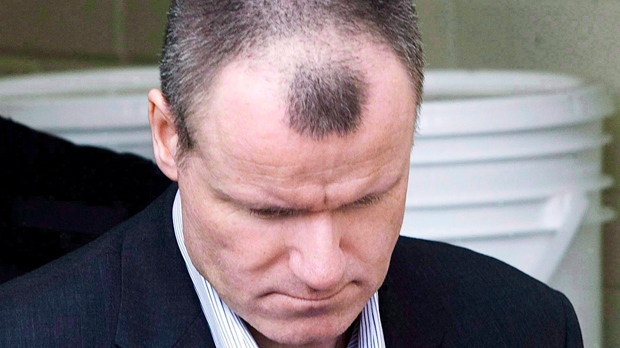 TORONTO -- An Ontario woman's lawsuit against convicted sex killer Russell Williams and his wife has been settled.

Sexual assault victim Laurie Massicotte had filed a nearly $7-million lawsuit in late 2011 against Williams, his wife Mary Elizabeth Harriman and the province of Ontario.

She settled with the province last summer, and terms were kept confidential, but the suit against Williams and his wife had remained active.

"The civil action launched by Laurie Massicotte has now been settled," Binks said. "All parties want their privacy."

Williams, once a rising star in the Canadian Forces, was sentenced to life in prison in October 2010 after pleading guilty to the murders of two women.

In 2014, he reached an out-of-court settlement with some of his victims, but the suit by Massicotte, who chose to reveal her identity and speak publicly about her ordeal, had remained active.

In her statement of claim, Massicotte said she had been bound and sexually assaulted by Williams in her home in September 2009.

She said, in the claim, that the attack against her left her fearful, humiliated, depressed, suicidal, unable to function in society. It also said she would require extensive therapy.

Williams was convicted of first-degree murder in the sex slayings of Cpl. Marie-France Comeau, 37, of Brighton, Ont., and Jessica Lloyd, 27, of Belleville, Ont.

Williams methodically chronicled and catalogued his crimes, shooting videos and still photos of himself in the act and amassing a huge collection of undergarments stolen from women and girls. Dozens of gruesome photos were shown during his trial.

The Canadian Forces stripped him of his rank after his conviction and, in a rare move, burned his uniform.