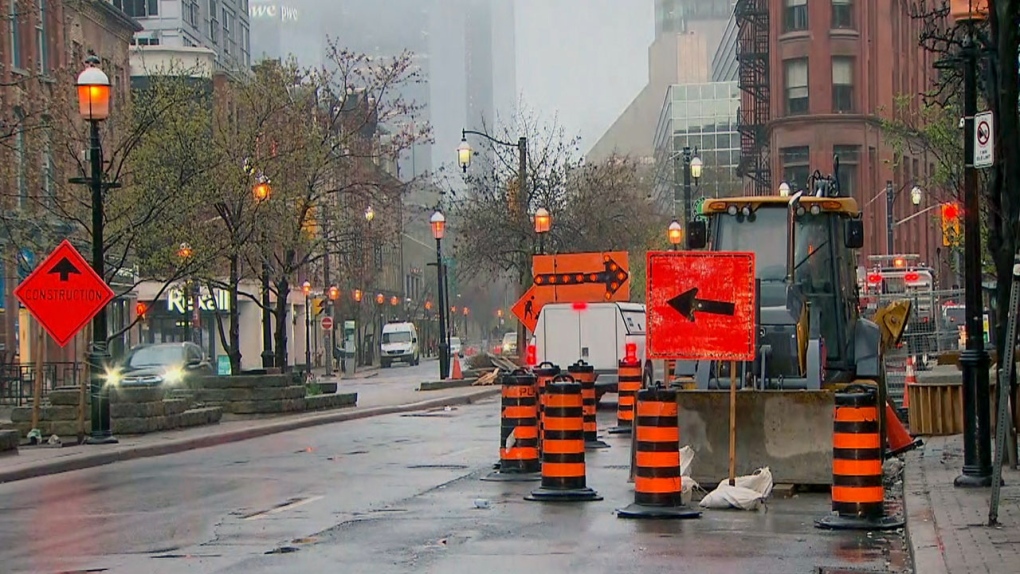 TORONTO -- A Toronto construction worker has tested positive for COVID-19.

A spokesperson for Aquicon Construction said the individual last worked on the site, located on Bathurst Street south of Sheppard Avenue, on March 17.

The worker began to show symptoms on March 24, the company said, and tested positive for the virus on March 26.

“We want to be clear, we do not believe that the individual had been on site when the virus was contracted,” Aquicon said.

“Aquicon has and is taking every possible measure to ensure everyone on all our sites is safe and is being protected. We have adopted several precautionary actions which are above and beyond those being mandated by the government and its agencies.”

Aquicon said they shut down the construction site immediately after learning of the diagnosis.

“All individuals who had been in contact with the site were advised of the situation through email and or phone call so that they could be quarantined and monitored to prevent any potential spread of the virus.”

“Currently no one who has been in contact with the site is showing any symptoms.”

The building, as well as all common areas such as washrooms, hallways and stairwells, have been disinfected and sanitized, the company added.

The construction site will re-open after a 14-day period from the date where the worker was last on site.

The company confirmed the diagnosis on the same day the provincial government announced further measures to limit the spread of COVID-19 on construction sites.