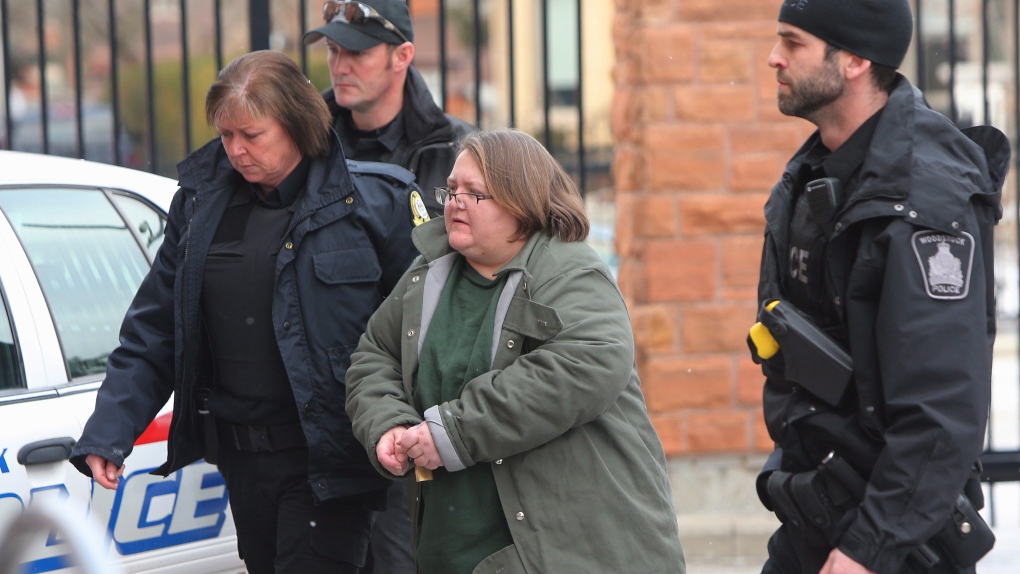 Elizabeth Wettlaufer is escorted into the courthouse in Woodstock, Ontario on Friday, Jan. 13, 2017. (Dave Chidley / THE CANADIAN PRESS)

TORONTO -- A commission examining the circumstances that allowed an Ontario nurse to kill eight elderly patients says it learned more than a year ago that she had confessed to additional crimes.

The commission that led last year's public inquiry into Elizabeth Wettlaufer's actions says it heard in January 2018 that the serial killer had told prison staff she had attempted to harm two other patients.

It says it took no steps, so as not to interfere with police investigations into the alleged incidents.

The commission says it only learned of the outcome of those investigations after the public inquiry was complete, but does not elaborate further.

It says it is confident it has the evidence necessary to issue recommendations "to prevent these tragedies from occurring again" and is preparing its report.

Wettlaufer is serving a life sentence after confessing to killing eight patients with insulin overdoses and attempting to kill four others at long-term care facilities and private homes in Ontario.

The public inquiry, which began in June and wrapped in the fall, has heard that complaints about Wettlaufer began at the start of her career in 1995 and continued until she admitted in 2016 to killing multiple patients.