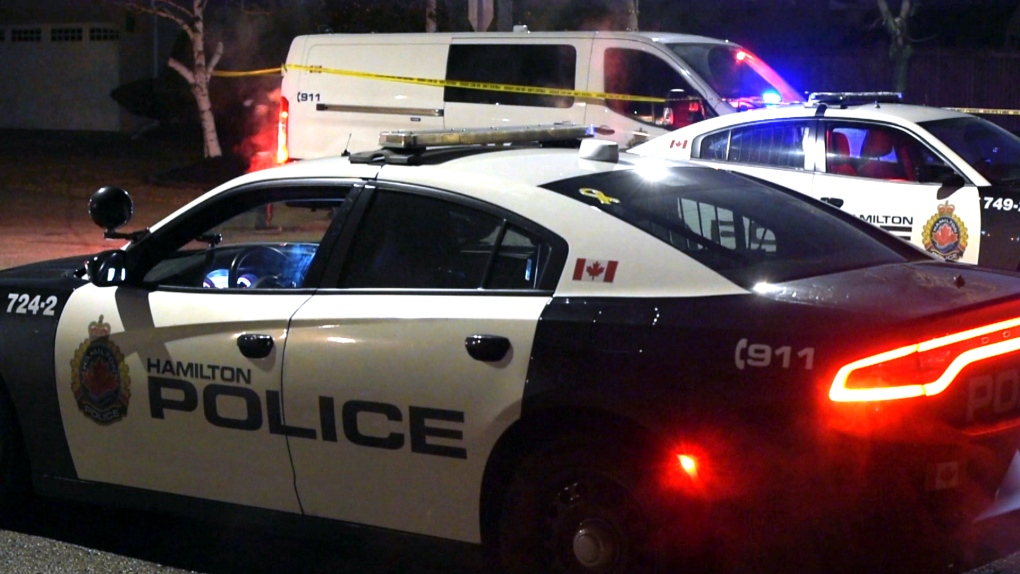 A Hamilton police cruiser is seen in this undated photo. (CTV News Toronto)

TORONTO -- Police in Hamilton, Ont. say that a group of protesters left a coffin in front of the mayor’s residence Monday night.

It happened at approximately 9:30 p.m. in the area of King Street East and the Red Hill Valley Parkway, according to police.

Officers arrived on scene to find a coffin filled with roses, plants and naloxone kits. They believe that a local “defund police movement” is behind the demonstration.

A video published to Twitter last night appears to show the protesters outside of Mayor Fred Eisenberger’s home delivering the coffin.

Members of the group say the coffin symbolized deaths related to homelessness and overdoses. The group has called for police funds to be redirected to deal with what they say is a housing crisis in the city.

Member Sabriena Dahab says the coffin was placed outside the mayor's home after he refused to have a public meeting to discuss reallocating police funding.

She also says the coffin was a response to police's removal of fellow protestors' tents from outside city hall.

Investigators have been assigned to the case and nearby residents should expect to see a police presence throughout the day.

Anyone with information relating to the incident is asked to contact Detective Sergeant Ben Thibodeau directly by calling 905-546-2907.

Anonymous tips can also be made through Crime Stoppers.