TORONTO -- The City of Vaughan appears to be the first municipality in the Greater Toronto Area to close some of its outdoor amenities following a stay-at-home order issued by the provincial government.

“This is the most recent step taken to protect the health and safety of citizens and staff,” the release said. “All decisions about closing and opening facilities continue to be informed by Vaughan-specific data and reflect guidance issued by York Region Public Health and the provincial government – with public safety being the priority.”

Most city facilities, including Vaughan City Hall, are closed until June at the earliest, the statement said. Trails are available for use, however residents are being asked to follow public health guidelines such as physical distancing.

Vaughan Mayor Maurizio Bevilacqua said the decision was based on advice from local medical officers of health and the information provided by provincial officials.

“I can tell you, you can't be telling people to stay home by telling them to go out and go do those type of activities,” he said. “I do think that while we will monitor the situation related to toboggan hills and outdoor ice rinks …it's the most responsible decision we have given the present circumstances.”

Bevilacqua said the city will not be closing its playgrounds, but did not provide further reasoning on the decision. However, city official confirmed that playgrounds are technically closed for the season as of November 2020, meaning there is no winter maintenance of the structures. 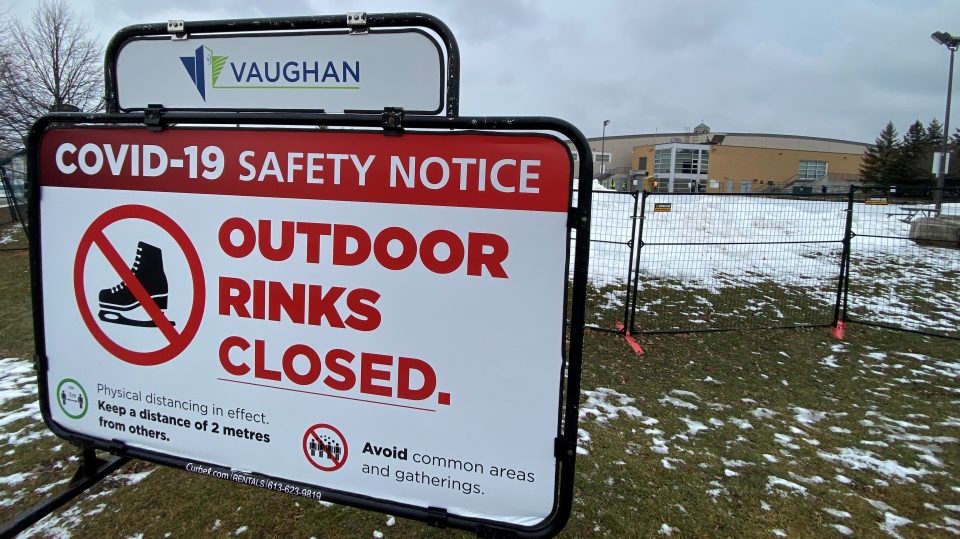 The City of Vaughan is the first municipality to close city-operated outdoor facilities since the province declared a stay-at home order earlier this week.

As of Friday morning, Toronto and Mississauga have both confirmed that amenities such as outdoor playgrounds, dog parks and skating rinks will remain open, with some restrictions.

A stay-at-home order came into effect across Ontario on Thursday. Under this order, people have been told to stay home unless they need to leave for essential reasons. The government then provided a list of 33 exemptions, or activities that would be considered essential under the order.

One of the exemptions was for exercise, or “walking or moving around outdoors.” However, the second line of the exemption says residents may use “an outdoor recreational amenity that is permitted to be open under the Stage 1 order.”

Under the amended Stage 1 of the province’s economic reopening plan, which was originally released in the spring of 2020, amenities such as playgrounds, ice rinks, tobogganing hills may open as long as public health measures are followed.

On Thursday afternoon, Toronto officials released a list of things residents can do and things they can’t under the stay-at-home order.

“Originally, way back in the early stages, it was thought maybe this virus could be transmitted from playground equipment but it was decided that was a very low risk,” the mayor said.

“Frankly, being outside is lower risk than being inside because of the ventilation provided by fresh air, so what we have decided to do is to leave the parks open, but we have made it very clear to people, as the premier has, as I have, that you need to keep your distance.”