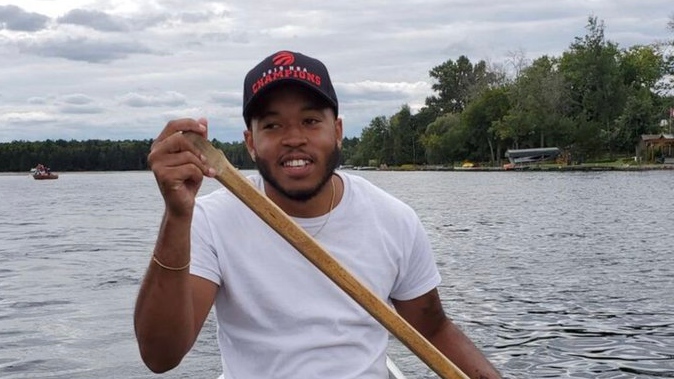 TORONTO -- A Toronto man killed in a shooting over the weekend in Regent Park is being remembered as a “valuable member of the Toronto Public Service.”

Twenty-seven-year-old Thane Murray, an employee at the City of Toronto, was fatally shot on Saturday evening when four suspects opened fire just before 9 p.m. in the area of Oak and Sumach streets in Toronto.

Three other individuals were injured and the four suspects remain at large.

“Thane worked in recreation programs at several recreation facilities in the City’s east end with the City’s Parks, Forestry & Recreation division. Thane was a well-regarded member of the Toronto Public Service and a much-loved community member who will be deeply missed,” a statement released by the city Monday said.

“My thoughts go out to the family, friends and colleagues of Thane Murray. We know he touched many lives through his work at recreation facilities in the City’s east end and his death has shocked so many in our [parks and recreation] division,” Tory tweeted.

Toronto City Councillor Kristyn Wong-Tam took described Murray as someone who "cared deeply about his family, [friends], community and work."​

“With heavy hearts, we mourn the sudden death of Thane Murray, a well-known youth worker in the community and a City of Toronto employee at the Regent Park Community Centre,” Wong-Tam wrote.

“He was a valuable member of the Toronto Public Service and will be missed by many who knew and loved him.”

Wong-Tam highlighted the neighbourhood in which the incident occurred, stating that “if these shootings took place in Rosedale, no expense would be spared to provide mental health/grief counselling and programs to address roots of violence.”

“But it happened in Regent Park, in Alexander Park and Lawrence Heights where [the] majority of families are poor and racialized,” Wong-Tam said.