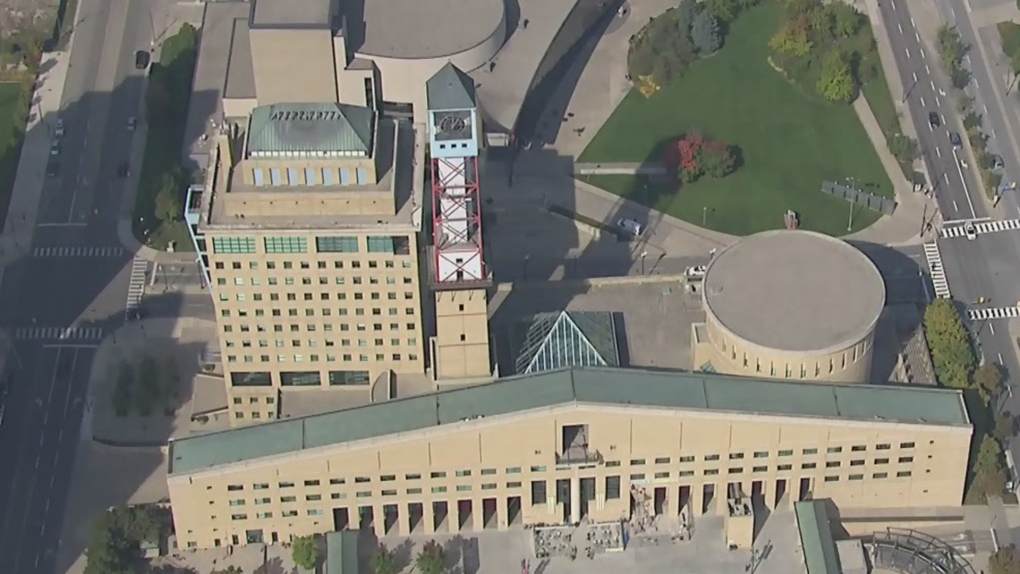 Mississauga City Hall is pictured in this aerial image.

A former Mississauga city councillor has filed a lawsuit against a former council colleague who allegedly repeatedly harassed her, and also the City of Mississauga for its failure to “take preventative action to prevent harassment or the creation of a poisoned environment.”

Former Ward 2 councillor, Karen Ras, resigned in January citing “workplace issues” and her inability to appropriately address them in her role. She was first elected as city councillor in 2014 and was re-elected in 2018.

“Make no mistake – being an elected official and councillor is a tough job. As rewarding as it can be, we deal with some difficult people that make us question ‘is this worth it?’ and at times raise concerns for our personal safety,” Ras wrote in a statement on her website in January.

It was later revealed that her car was repeatedly scratched over a span of two years while parked in a city hall lot and that then-Ward 6 councillor Ron Starr was allegedly behind the vandalism.

On July 5, Mississauga’s integrity commissioner, Robert J. Swayze, found Starr had scratched Ras’ car in April 2021, but that the vehicle was first scratched in the spring of 2019.

Swayze said in the report that the car’s front bumper was found with scratches on it multiple times when it was parked in the city hall garage. To investigate the most recent incident from April 13, 2021, Swayze reviewed surveillance footage of the garage, which he said showed Starr leaving his truck and making his way to Ras’ car.

“He is clearly seen through the side and front window of her car, crouching down and turning to face the grill of her car within touching distance from the car. He then stood up and walked to the garage exit,” Swayze said in the report.

“Mr. Starr has maintained his innocence throughout,” Di Biase said in an emailed statement, adding Starr denies all allegations against him in Ras’ statement of claim.

“We will be disputing the allegations in court.”

A statement of claim was filed to Toronto’s Superior Court of Justice on Nov. 29, according to the legal documents obtained by CTV News Toronto.

In it, Ras’s lawyer Kathryn Marshall, of Levitt Sheikh LLP, alleges her client was “constructively dismissed,” saying the City failed to adhere to its code of conduct to ensure a harassment-free work environment, leaving Ras to feel she had no choice but to abandon her employment.

“It was an implied term of Ms. Ras’s employment as a Councillor with the City that it would maintain a workplace free from harassment, provide a safe and healthy work environment, and conduct an unbiased, fulsome and transparent investigation into any complaints of harassment or bullying,” Marshall wrote in the statement of claim.

“The City failed to do this, thus condoning an environment [where] Ms. Ras could no longer continue in her role nor could she continue to serve the public,” Marshall said, adding Ras was left with no choice but to cut her four-year term early and resign from her post.

A spokesperson for the City of Mississauga confirmed to CTV News Toronto Wednesday that the clerk’s office had received the statement of claim, and said it would take all steps necessary to defend the city.

“As this matter is now before the courts, the City will not be commenting on it,” the emailed statement reads.

In total, Ras is seeking nearly $700,000 in damages. She's seeking $500,000 from the city for bad faith, moral, and punitive damages, $100,000 in damages against Starr for intentional infliction and mental suffering, alleging he committed the vandalism as a means of harassment, and $86,303, or 10 months' worth of pay, for her dismissal.

“This is outrageous behaviour that was dangerous, planned, deliberate and intended to intimidate and keep Ms. Ras in constant fear," Marshall said.

With files from Katherine DeClerq, and CP24’s Bryann Aguilar and Kerrisa Wilson

Canada's health care system is not working as well as it should and that has to change, Prime Minister Justin Trudeau said Tuesday as he prepared to meet the premiers to work on a new health-care funding deal.

Search teams and emergency aid from around the world poured into Turkiye and Syria on Tuesday as rescuers working in freezing temperatures dug, sometimes with their bare hands, through the remains of buildings flattened by a magnitude 7.8 earthquake. The death toll soared above 5,000 and was still expected to rise.

China said Tuesday it will 'resolutely safeguard its legitimate rights and interests' over the shooting down of a suspected Chinese spy balloon by the United States, as relations between the two countries deteriorate further. The balloon prompted U.S. Secretary of State Antony Blinken to cancel a highly-anticipated visit to Beijing this week that had offered slight hopes for an improvement in relations.

John Benoit of West Jeddore, N.S., says he has been beachcombing for over 50 years, but his most recent discovery -- a Killick anchor -- is by far his most memorable.

Will Biden's second state of the union mark a less protectionist approach to Canada?

A new poll suggests a majority of Canadians still see the United States as their country's closest ally, even in an age of isolationism and protectionist policies.