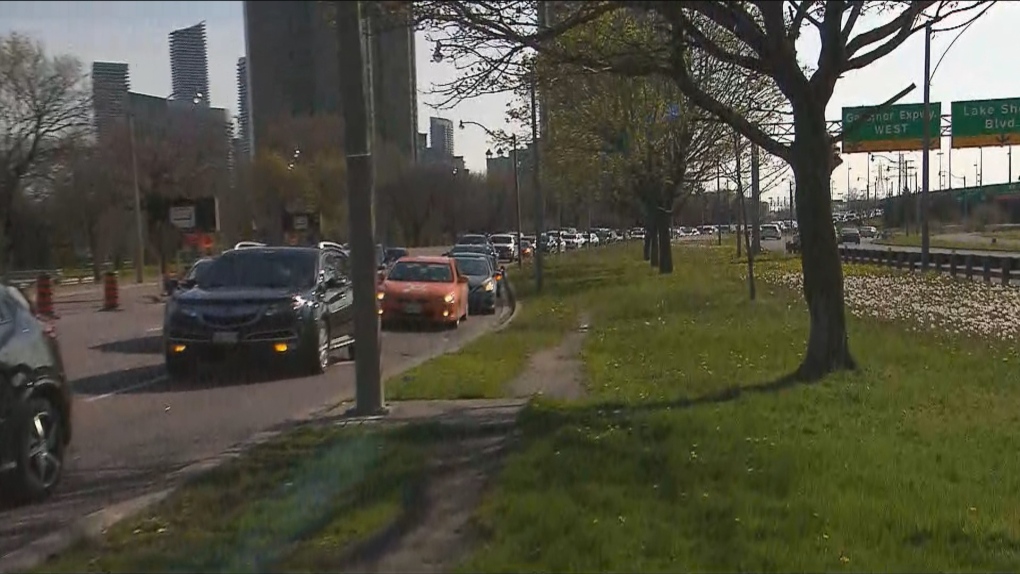 TORONTO -- Mayor John Tory says while he understands some drivers were "irritated" by a lack of signage advertising the closure of Lake Shore Boulevard on Saturday, people seemed to be pleased with the city’s campaign to close down some major Toronto streets to make way for pedestrians and cyclists.

A section of Bayview Avenue and a sizeable stretch of eastbound Lake Shore Boulevard are currently closed to cars until Monday at 11 p.m. as part of the city’s ActiveTO campaign, which aims to provide pedestrians and cyclists with more room for physical distancing during the COVID-19 pandemic.

Shortly after Lake Shore Boulevard was closed on Saturday morning, several drivers complained that there weren't any signs to warn them of the closure.

The mayor said the city quickly stepped in to resolve the situation by closing a ramp to Lake Shore Boulevard from the Gardiner Expressway.

“I think maybe in our haste to get it going, because we knew it was the long weekend and we really did want people to be safe with the congestion that we saw with pedestrians and cyclists, that we might have done a better job,” Tory told CP24 on Sunday morning.

“This thing, we said from the beginning, was going to be adjusted day-by-day and we've made some adjustments today by closing a ramp and it should be better.”

Some major roads will be closed this long weekend until Monday at 11pm as part of the City’s #ActiveTO plan – making it easier for people to be able to get outside and practise physical distancing. Learn more at: https://t.co/4eqBTXjg2B pic.twitter.com/GDFQvXqD4a

Tory said the city selected Lake Shore Boulevard due to overcrowding along the Martin Goodman Trail.

“I think there were people who were irritated yesterday and I understand that... but I was out and about looking at the other side where Bayview and River Street were closed for pedestrians and cycling and people were happy,” he said.

“There were lots of people out, families, and they were having a really great time… it was just a good time to be a politician because people were actually happy after all these weeks of receiving bad news and being cooped up.”

He noted that they will not be able to close Lake Shore Boulevard on the weekend of May 30 due to the scheduled closure of the Gardiner Expressway.

“You can't have the Lakeshore and the Gardiner both closed at the same time,” he added. 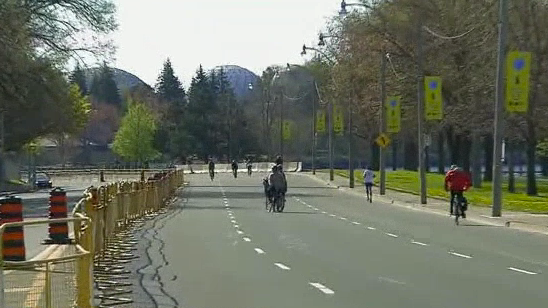 The mayor said the city will be looking at other areas where lanes can be closed to accommodate pedestrians and cyclists.

“We will make adjustments and make sure we are considerate of everyone,” he said. “The whole thing will be subject to constant assessment.”