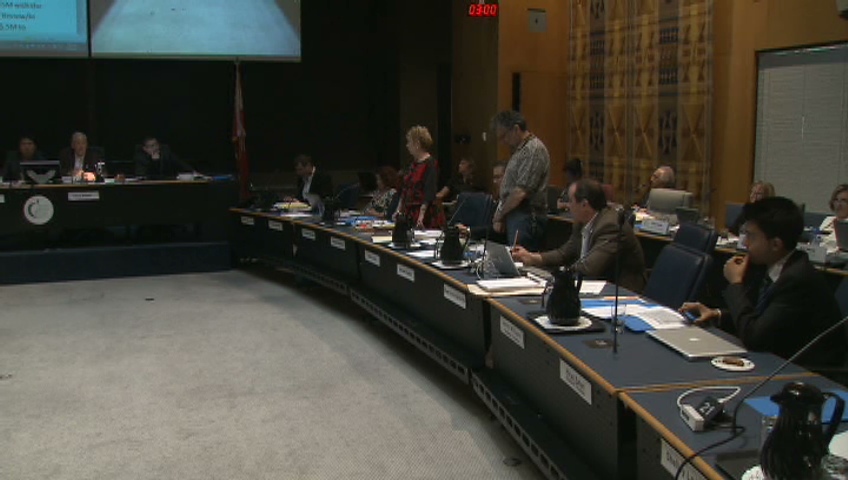 For years a small Toronto religious group, Grace Toronto Church, has hosted its Sunday service in a rented downtown school.

This church, like many similar groups, reapplied for its rental permit with the Toronto District School Board this September just as it did every year before.

But days before the new permit was set to kick in, the church was slapped with a 43.7 per cent rental fee increase.

For the church to use Rosedale Heights School for the Arts every Sunday for four hours, their fees would skyrocket from $1,514 to $2,821 per week, according to Dan MacDonald, pastor at Grace Toronto Church. The fees will increase further to $3,668 per week in January.

This is one of the TDSB’s solutions to covering $47.4 million in operating costs in its 2012-13 budget, a move which was approved at a June 2012 board meeting.

The move to increase permit fees is expected to pump $2.2 million back into the board. A budgetary report indicates the board “currently incurs an $11 million loss on permit revenues compared to costs.”

TDSB board member and Etobicoke North trustee John Hastings said the $11-million shortfall goes back over the course of many years, attributing it to the board’s increasing labour and electricity costs.

“It’s all part of getting to a balanced budget,” he said in a telephone interview with CTVToronto.ca. When asked why such a dramatic price increased occurred this year, Hastings reiterated the boards goal of achieving a balanced budget, adding that “everything had to be combed over.”

Fees are based on a three-tier rate system. Two levels of subsidized pricing exist for non-profit groups that fit certain criteria.

According to the TDSB, groups such as Scouts Canada, Girl Guides, the YMCA and registered charitable organizations receive subsidized pricing.

A third category, which went in effect this month, lists “all faith based organizations operating educational programs or conducting religious services,” as non-subsidized groups. This category also includes permit users that do not qualify for any of the other permit user categories on the list.

Any permit holders in the “registered non-profit” category received a letter as late as Aug. 29, informing them of the changes to the fees. These groups were suddenly switched and renamed to fall under the “non-subsidized” category.

According to Dan MacDonald, senior pastor at Grace Toronto Church, these prices are almost on par to what big businesses pay to rent space.

“There was no reason why we got reclassified as business not charity, which we clearly are,” said MacDonald.

“We deserve at least an answer as to why we are no longer considered a charity organization,” he said.

Charles McVety, president of Canada Christian College which oversees a number of groups that rent school space, is searching for alternative locations.

Some of the explanations he’s received regarding the changes have to do with additional costs associated with opening a school on a Sunday, when they are traditionally closed.

McVety already hosted a “Call to Action Prayer Rally” last Friday and is organizing a protest in front of the TDSB at noon on Wednesday.

According to TDSB trustee Hastings, senior staff has been made aware of the concerns of religious groups, and will have a solution in the next two to three weeks.

But many of these groups say they don’t have time to wait for a solution as they seek out alternative facility rental options.

“Every church I know of is looking to find an alternative outside of the TDSB because of the way we have been treated,” said MacDonald.

McVety said some groups have even been looking at options within the Catholic school board.

“I don’t know any landlord in the country that would be allowed to double, triple the rate on two days notice,” said MacDonald.

“I don’t think we gave [the groups] sufficient warning,” Hastings said. “A job we need to do much better at.”