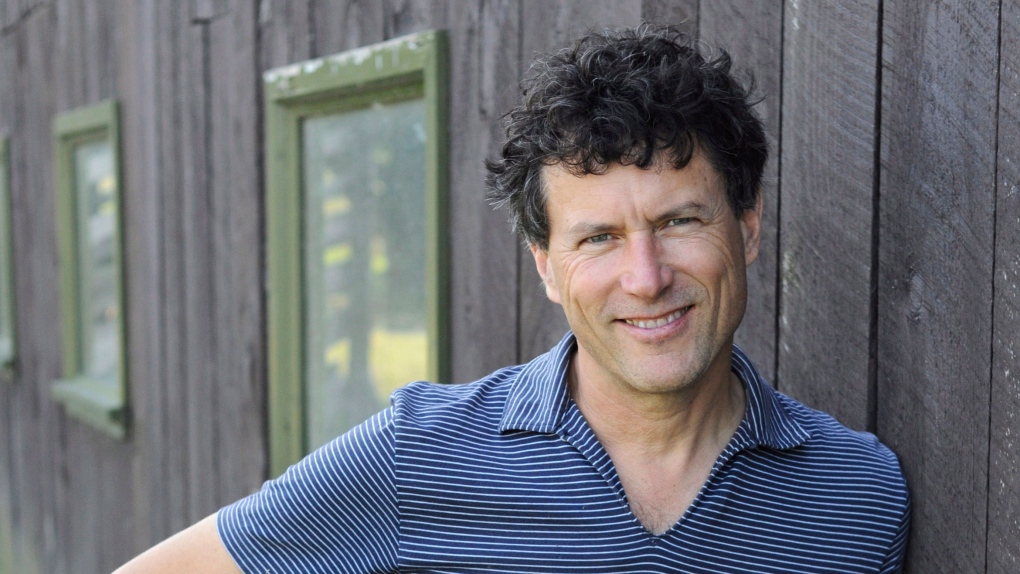 TORONTO -- Visitors entering Jamie Kennedy's Gilead Cafe are immediately confronted by shelves groaning with jars of colourful preserves and blackboards listing the day's seasonal specials, including wines of southern Ontario. It's a clear indication of the chef's devotion to local ingredients and desire to highlight Canada's regional culinary character.

Kennedy has long been a proponent of farm-to-table food -- in fact, the day of a recent interview marked his 40th anniversary as a professional cook.

"So much has changed. People's sophistication, their understanding, their appreciation of food in general but particularly food from local provenance, has increased dramatically as well as sophistication of dining-out culture, coming out to restaurants, having that as part of our living activity. I've seen that increase dramatically in the last 40 years," he says.

He relates the milestone events that have marked his life and career in his new book, "J.K.: The Jamie Kennedy Cookbook" (HarperCollins Canada), written with Ivy Knight.

"I talk a lot about relationships and that's another bonus of getting involved in local food procurement is that I develop these relationships," Kennedy explains after the lunch-time rush at the restaurant in historic Corktown has subsided. "I get to see these people. You're not dealing with a faceless box that arrives, brought by at least the third middle person in its journey from the field to your restaurant. It's much different. You have this trust. Food takes on a different resonance. So some of those ideas and the ideology around it are explored in the book also."

Though his food has evolved -- from his early days cooking at The Three Small Rooms and Scaramouche in Toronto to his own restaurants, including the Palmerston, Jamie Kennedy at the Gardiner and JK Wine Bar -- the outlook of the food activist has never wavered. He has won the Governor General's Cuisine Award and worked tirelessly as an advocate for organic agriculture all the while mentoring many young cooks. With chef Michael Stadtlander, he was awarded in 2010 for his leadership at the inaugural Governor General's Award in Celebration of the Nation's Table, and soon after he was appointed a Member of the Order of Canada.

A theme running through his third book, which contains recipes of varying degrees of difficulty tied to the seasons, is what's in the larder. As a youngster he became interested in preserving.

Neither of his parents had strong traditions of food -- he writes that his earliest recollection of milk was powder mixed up by his mother -- but "the jarred things, things that were inside my great-aunts' basement, fascinated me as a child to see these jars and things got me curious and you know, it's important, I think, what I've learned. It's important for us to look previous to the 20th century for inspiration about what was going on around here locally because of course during the 20th century in step with all those convenience foods was also this idea that things imported from far away were better.

"And in step with that was also the cost because other constituencies in the world had better economic ways to handle food from those vast fields, industrially grown vegetables in California, Mexico, places south of the border far, far away, but they're so efficient in their operation, the food actually arrived on our plates for a much lower cost than it would be for us to buy from our rural neighbours outside the GTA. So that's kind of shifting now."

Kennedy, 57, has a farm comprising two acres of garden and two acres of vineyard in Prince Edward County, where he loves to spend time.

"The food I grow there is destined for (the restaurant) and that's it. There's no other outlet for it. And I stick to crops I know I can keep and will allow me not to purchase them from somewhere else for a good portion of the year. Onions, potatoes, garlic. Everything that comes out of the ground there tastes really great," he says.

Preserving the bounty of the summer season is a way to save money too. Kennedy's restaurant staff process bushels of peppers, tomatoes, beets and other items when they come in during the summer and the preserves are used all winter long.

He's gratified that so many chefs and restaurants have followed his lead and are more aware of sustainability but encourages them to continue to exert their influence.

"I think it's pretty clear that the environment can't support the way it's been treated by humans in the last few generations and we have to shift, we have to become much more aware of the limitations that we have without sacrificing dining enjoyment."