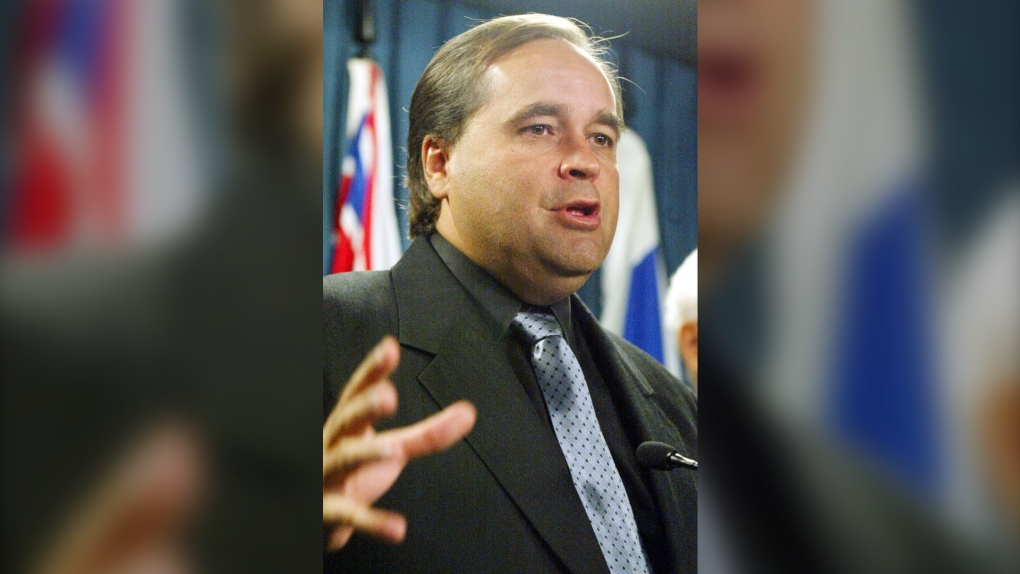 QUEEN'S PARK -- Ontario's Progressive Conservative government is facing new questions over its relationship with the Canada Christian College after documents revealed the private institution has given hundreds of thousands of dollars in loans to its controversial president Charles McVety.

The scandal has been hounding Premier Doug Ford for several days after his government introduced pandemic-related legislation that would also allow the Canada Christian College the power to grant arts and science degrees.

The college is run by McVety, a prominent Social Conservative supporter of the premier dating back to when Ford ran for the Progressive Conservative leadership.

New documents, obtained by Ontario's NDP, revealed McVety owes his own college more than $590,000 in loans while his son, college vice-president Ryan McVety, was lent $280,000 to relocate his home to Whitby.

The financial details were part of a submission made to the Post-secondary Education Quality Assessment Board (PEQAB), which is currently assessing whether the college should be converted into a full-fledged university.

In total, the NDP discovered, McVety and his son owe the college $860,000, a number similar to the college's 2019 deficit. The Canada Christian College is a registered non-profit and says its entire operating budget is used to "support the advancement of its programs."

"I've never seen anything like that," NDP Leader Andrea Horwath, who has accused the premier of putting political pressure on the normally independent university accreditation process, said. "This thing stinks from one end to another and it's got to be shut down."

Deputy Premier Christine Elliott acknowledged that the loan to the McVety family "does raise questions" but said the PEQAB would ultimately decide how to use the information.

Elliott, however, expressed discomfort with any assertion that her government's support of McVety indicates support of his views, which have been described as homophobic, racist and Islamophobic.

In 2011, McVety faced backlash after complaining that it was a "crime to speak against homosexuality" and claimed Toronto's Pride Parade advertised the city "as a sex tourism destination… with full opportunity for sex with hot boys."

In 2016, McVety called Islam a "war machine" and, according to the National Council of Canadian Muslims, has described the religion as having a "mandate for a hostile takeover."

In 2018, McVety helped Ford win the leadership of the Ontario Progressive Conservative party and later declared that his family "loves Premier Doug Ford."

Elliott, who lost the leadership bid to Ford, distanced the government from McVety's comments.

"I feel very uncomfortable with any suggestion that our government condones any kind of racist behavior," Elliott told reporters at Queens Park. "Our government does not stand for any racist or homophobic behavior whatsoever."

Liberal Leader Steven Del Duca called for the Attorney General to investigate the accusations of financial mismanagement at the Canada Christian College.

"It is astounding that McVety and his son have borrowed hundreds of thousands of dollars from their supposed non-profit college," Del Duca said in a statement.

"If laws have been broken those responsible must face consequences."

Neither McVety nor the Canada Christian College responded to requests for comment.