TORONTO -- Toronto police have laid charges in connection with fiery stunt driving incidents that were captured on video in North York and Scarborough last week.

According to police, a crowd of over 100 people gathered and an accelerant was used to light the roadway on fire.

When officers arrived, a marked police cruiser was swarmed by a group of spectators and damaged before the participants fled the area, police said

About an hour later, police became aware of another group of vehicles that had taken over the intersection at Meadowvale Road and Zoo Road in Scarborough.

Police said that once again a crowd of more than 100 people were gathered at the intersection and the roadway was set on fire with an accelerant.

A marked police cruiser was damaged by an unknown man before the crowd dispersed and moved to yet another location at Meadowvale Road and Dean Park Road.

Police charged 19 people under the Reopening Ontario Act in the second incident.

Toronto police said Wednesday that a 19-year-old man from Waterdown has now been arrested in connection with the first incident.

Joshua Goodale-Chapman has been charged with dangerous operation of a conveyance, arson, stunt driving, and failing to comply with an order under the Reopening Ontario Act.

The vehicle allegedly used in the stunt driving incident has also been impounded. 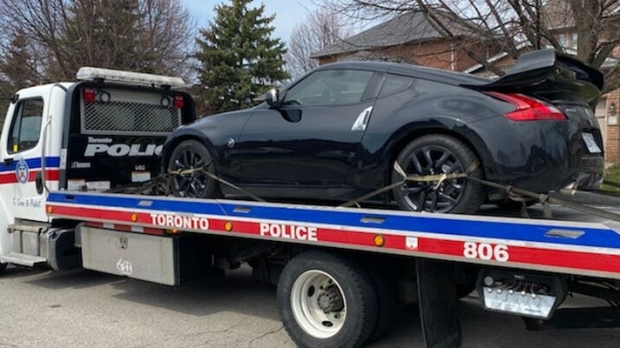 Police also said Wednesday that they are searching for two suspects in connection with the second incident.

The first suspect is described as a woman with long brown hair, approximately 20 years old, She was wearing a black jacket with fur around the hood, and a black face mask. She was carrying a red gas tank.

The second suspect is described as a man who was wearing glasses, a red hooded sweater and black pants. 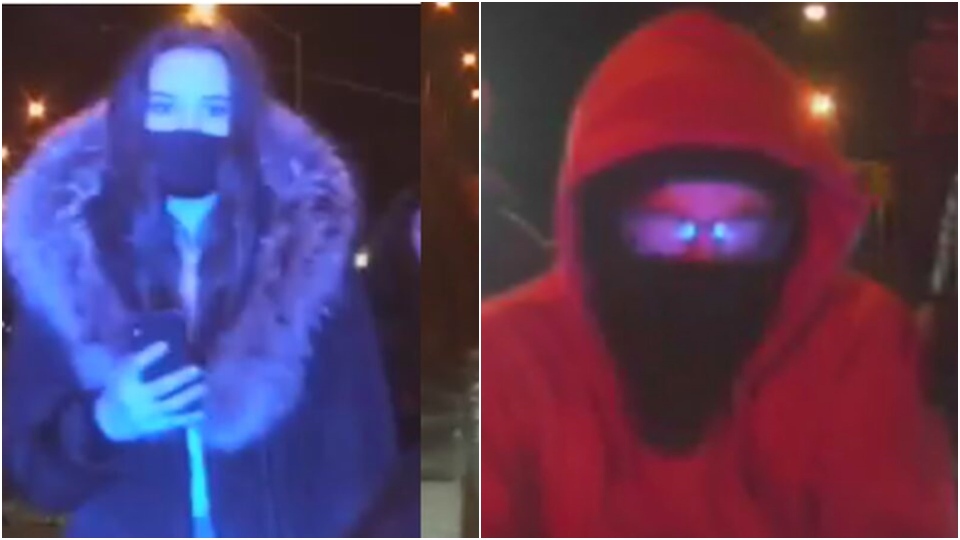