Charges have been laid against a 34-year-old man in connection with a fiery crash on the Queen Elizabeth Way last month that left a woman dead and seven others injured.

Elena Kulikova was driving along the eastbound lanes of the highway in Oakville, Ont. at around 11 p.m. on Aug. 22 when her vehicle was involved in a collision with a tractor trailer. Six other vehicles were involved in the crash as well. 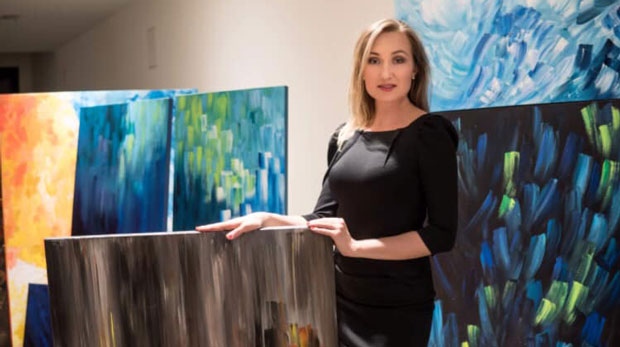 Elena Kulikova is seen in this undated photo. (Facebook)

At the time, investigators said Kulikova’s vehicle became pinned between a concrete barrier and the tractor trailer, which had caught fire.

The Niagara Falls, Ont. resident was pronounced dead at the scene, officials confirmed. Seven other people were treated for non-life-threatening injuries sustained in the incident. 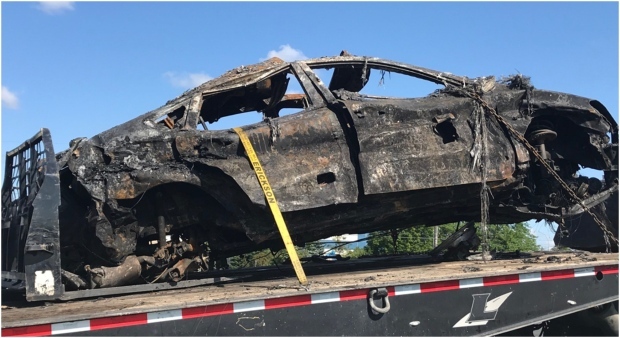 The scene of a crash on the Queen Elizabeth Way in Oakville, Ont. on Aug. 22 is seen. (CTV News Toronto / Sean Leathong)

Following the crash, Kulikova was remembered by loved ones as passionate painter who was “ambitious” and “feisty.”

“She continuously wanted to leave this world a better place,” her sister, Kristina Kulikova, said a few days after the incident. “She wanted everyone to sing.”

“She wouldn’t want everyone somber and sad, that wasn’t who she was.” 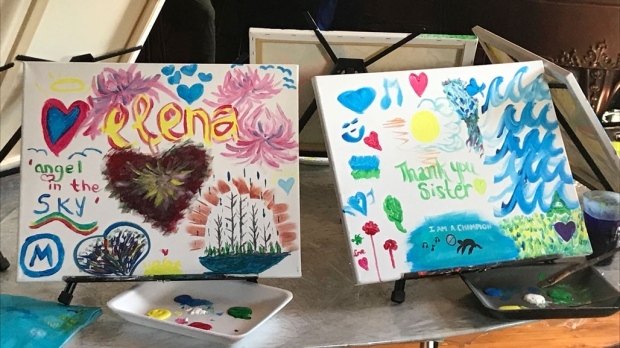 Artwork is displayed at a celebration of life for Elena Kulikova on Aug. 25. (CTV News Toronto / Nick Dixon)

Kulikova was a philanthropist who worked as an ambassador with Plastic Oceans Canada and donated a portion of the money she made from selling her paintings to the foundation.

“I believe that she left us to go help the planet,” her sister said.

On Monday, the Ontario Provincial Police said they had laid charges against a Mississauga man in connection with the deadly crash.

Muhammad Hasnai has been charged with causing death by criminal negligence and dangerous operation causing death.