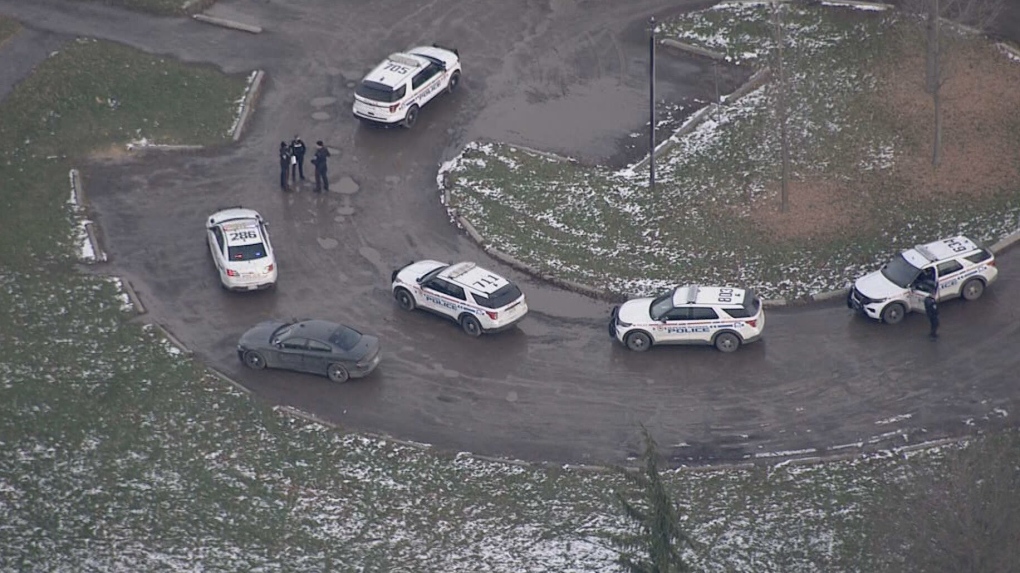 Police are in the area of Harmony Road and Adelaide Avenue after a person was stabbed in Oshawa on Wednesday afternoon.

TORONTO -- A teenager has been charged in connection with the stabbing of a 15-year-old in Oshawa on Wednesday afternoon.

Emergency crews were called to the area of Harmony Road South and Adelaide Avenue around 12:30 p.m. after receiving a report of an altercation.

When police arrived on scene, they found a teenager suffering from a stab wound. He was taken to a Toronto-area trauma centre with serious, but non-life threatening injuries.

Police say the suspect fled the area on foot. As a result, a number of schools in the area were placed under a hold and secure order. The orders were lifted around 2:30 p.m.

Police say a suspect was taken into custody later that day.

The 15-year-old suspect, who cannot be identified under the Youth Criminal Justice Act, has been charged with aggravated assault and weapons dangerous.