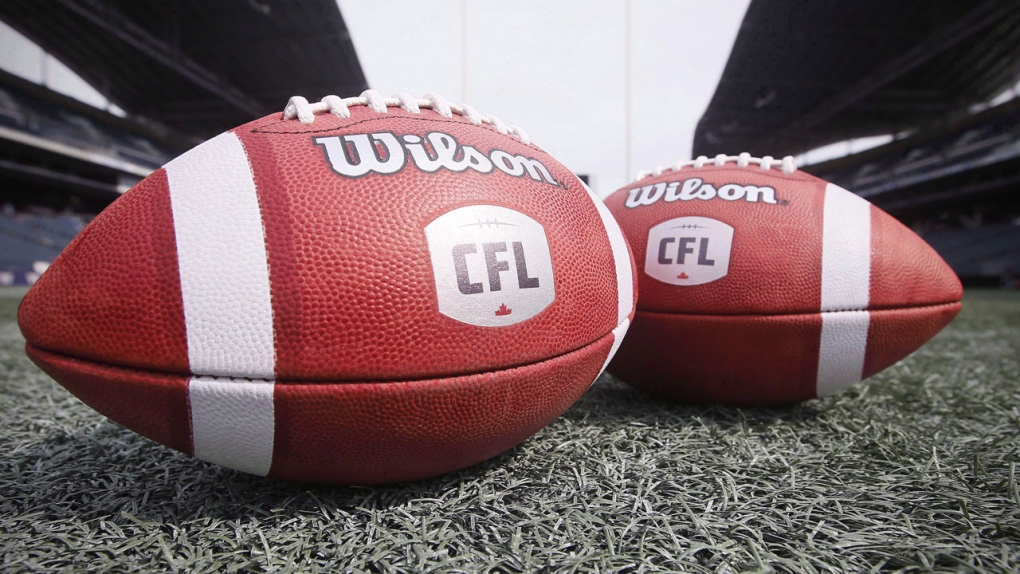 CFL balls are photographed at the Winnipeg Blue Bombers stadium in Winnipeg Thursday, May 24, 2018. THE CANADIAN PRESS/John Woods

The league and CFL Players' Association have come to terms on a new collective bargaining agreement.

The tentative deal replaces a five-year contract that was set to expire Saturday.

Details of the agreement weren't immediately available however a CFL official said it's a multi-year deal.

The contact is pending ratification by the players and approval from the league's board of governors. The CFL could give its approval as early as Wednesday at a previously scheduled meeting of its board.

Getting the agreement ratified by the players, though, will take longer. That's because the union must first present it to team reps, which will happen Wednesday, before it's forwarded to the players.