CEO of iconic restaurant group: half of all restaurants may not make it to 2021

TORONTO -- The head of one of Toronto's most famous restaurant groups expects half of restaurants will be forced to close by the end of 2020 if they aren't given additional support.

Andrew Oliver, President and CEO of Oliver & Bonacini Restaurants, said while he's happy patios have been given the green light to reopen in most of Ontario, it likely won't be enough to balance budgets.

"First and foremost, I would bet the vast majority of people don't have patios," Oliver told BNN Bloomberg. "So there is a huge portion of the industry that is going to be closed."

"What do you do on a day like today where at the beginning of lunch it wasn't raining and then halfway through it was raining?"

Oliver said that even with expanded patios, restaurants might only get 50 per cent of their usually outdoor capacity due to physical distancing regulations.

"Which really might only be 10 per cent of the actual capacity of that restaurant," he said. "It is 100 per cent a step in the right direction … but the math book certainly doesn't add up."

Oliver said sales will likely be down 70 per cent for the "vast majority" of restaurants this year and without additional support from the government they won’t survive.

"Without the government actually doing their job and supporting an industry that is on the front lines of this on the economic side, I still believe that up to 50 percent might not make it to 2021," Oliver said.

"We need to know there will be longer term support here. There is no way restaurants, even in the fourth quarter this year, will likely be back at 50 to 60 per cent of normal sales." 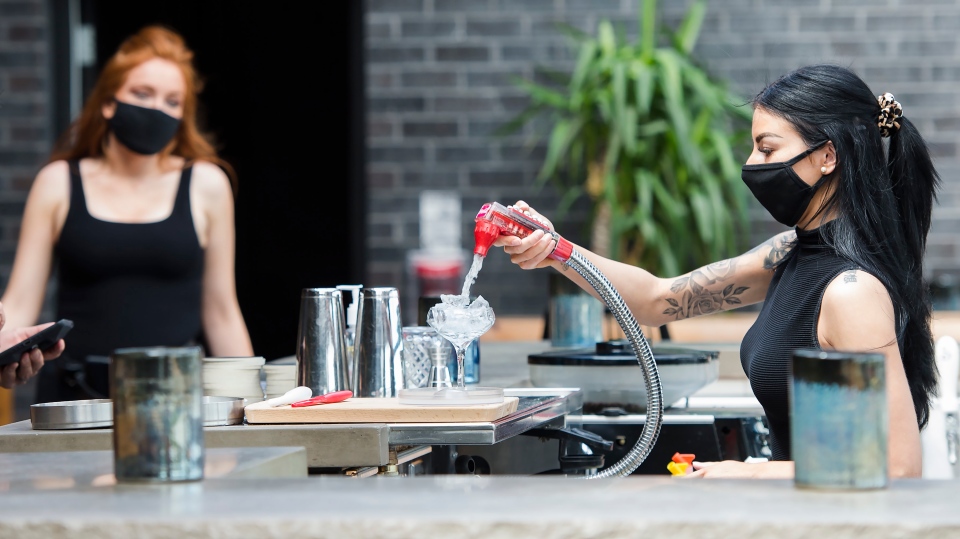 Oliver said in order for a number of restaurants to survive, the government needs a rent subsidy program for the "foreseeable future."

"If landlords are telling us that they are only expecting less than 50 per cent occupancy in the downtown core in their towers by Christmas, it is literally impossible to think businesses that will be able to survive that rely on human contact."

"It just simply will not work."

"I think in places like Toronto, where Mayor Tory has asked for health reasons, and again if it's for health reasons, so be it, we understand, but asked people not to go down to urban cores, yet at the same time has not adjusted, abated or fully reduced property taxes for landlords that they can pass onto us creates massive problems."

"I think is shameful that they will knee-cap the sales side of things but won’t do anything on the cost side."

"The uncertainty is really challenging."