TORONTO -- A century-old barn has been reduced to rubble after a fire at a popular family farm in Mount Albert overnight.

The fire broke out at the structure on the Brooks Farm grounds at around 5:45 p.m. on Wednesday.

Uxbridge Fire Chief Phil Alexander tells CP24 that by the time crews arrived on scene the building was “fully involved,” leaving a defensive attack as the only option. 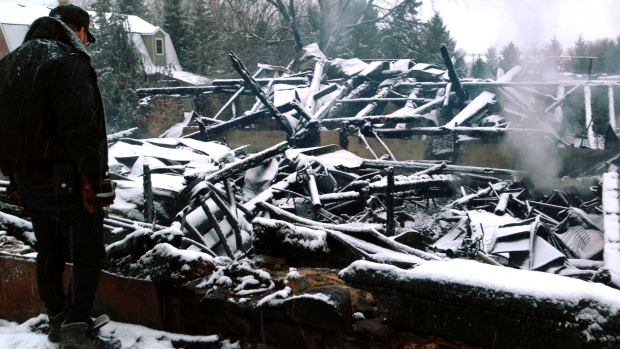 “There was no interior attack. It was a completely defensive operation to protect the other farm buildings here,” he said. “The building in question has no active farming operations going on, so while there was a very small number of birds consumed in the fire there was no large livestock or anything like that.”

Firefighters from the East Gwillimbury, Uxbridge and Stouffville all responded to the blaze. 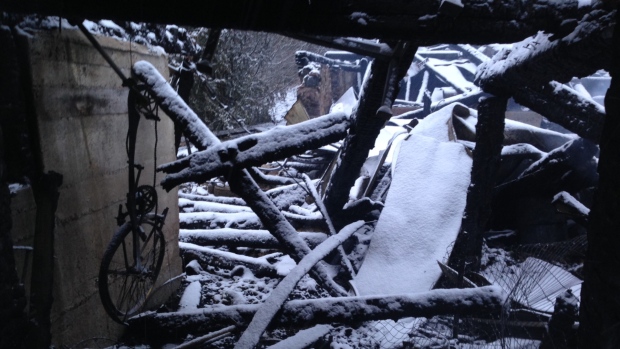 They remained on scene until about 2 a.m. and periodically returned to the site overnight to put out flare ups.

It is expected that crews will back at work this morning, sifting through the rubble and beginning the investigation into the blaze.

“It is a big building, it has a steel roof and it is collapsed in on the fuel load so that steel will all have to be removed in order to fully extinguish the fire underneath,” Alexander said.

In a message posted to Facebook, Brooks Farm said that the fire took place at its “party barn” and not the building that houses its farmers market.

Speaking with CP24, Brooks Farmer owner Paul Brooks said that he was in the farm house cooking dinner for his children when the power went out, alerting him to the fire. He said that his father and another employee attempted to stop the spread of the blaze but were unable to do so. 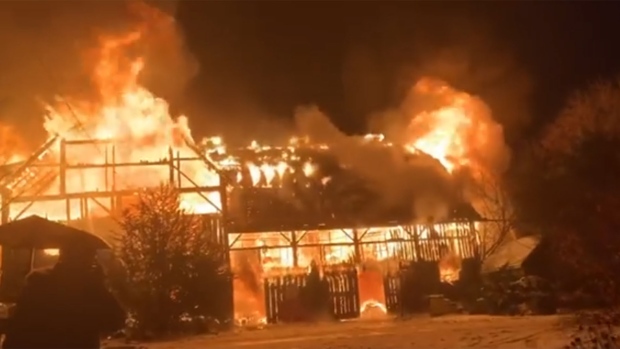 “They were trying to extinguish what they could, they had two extinguishers going, but there was just no way they were going to make a dent at that point,” he said. “Ten minutes later emergency services arrived and at least we had an opportunity to save what we could.”

The farm said that its farmers market would be open at 9 a.m. on Thursday despite the fire.

The cause of the fire remains unclear but Alexander said that there is nothing to suggest that it is suspicious at this point.