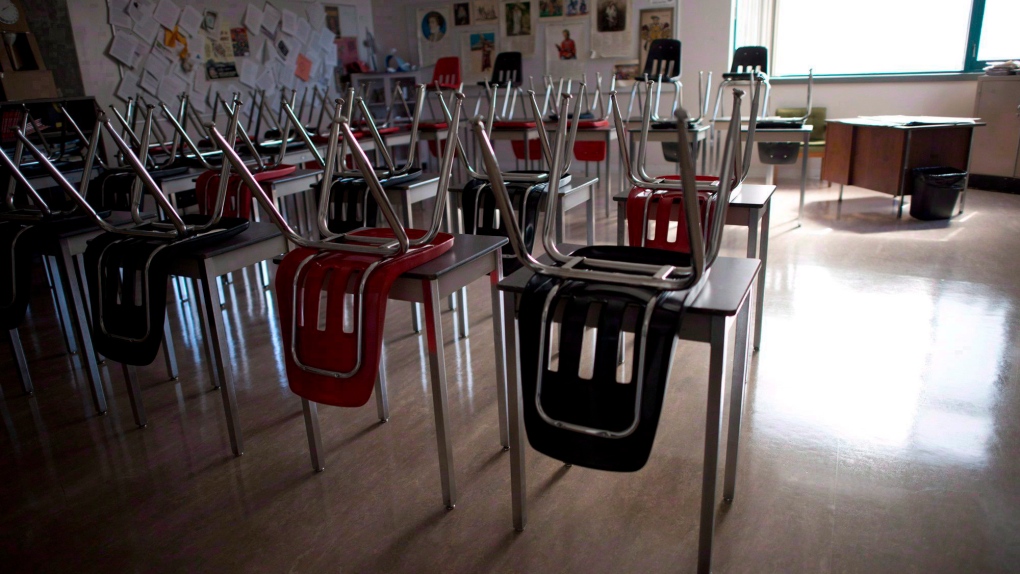 Vacant desks are pictured at the front of a empty classroom is pictured at McGee Secondary school on Sept. 5, 2014. (The Canadian Press/Jonathan Hayward)

TORONTO — The union representing Ontario's Catholic school teachers has filed a complaint against the provincial government with the Ontario labour relations board over recent changes to class sizes.

In a statement to members, obtained by The Canadian Press, the Ontario English Catholic Teachers' Association said the province essentially pre-empted contract negotiations when it amended regulations related to class sizes last month.

It said the changes violate provisions in the School Boards Collective Bargaining Act and the Ontario Labour Relations Act that state the terms of a contract agreement cannot be changed while bargaining is underway.

The government announced in the spring that high school class sizes would rise from an average of 22 to 28 students over four years. Class sizes for Grades 4 to 8 will increase by one student per classroom, from 23 to 24.

The province has said that will mean 3,475 fewer teachers in the system over four years, a reduction meant to be achieved through not filling vacancies when teachers quit or retire.