TORONTO -- Toronto’s Caribbean community took to the streets Saturday afternoon and made their presence known in the calls to end anti-Black racism.

The protest was organized by Atlantic Mas CEO Akil Heywood who has attended several protests against anti-Black racism in Toronto, but noticed the Carribean’s community voice had been missing. 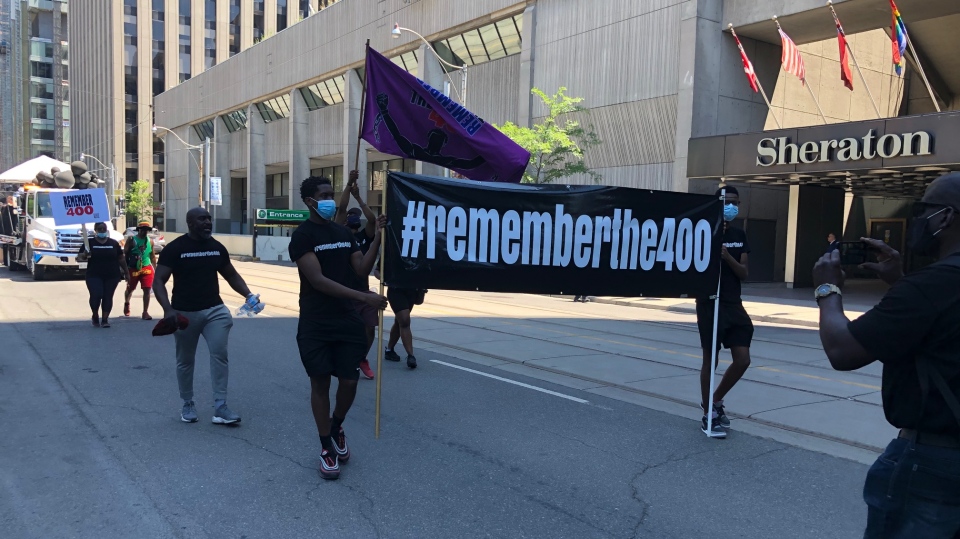 Heywood says the Caribbean community has a long history of protest, resistance and social movements.

The protest started at Nathan Phillips Square and then demonstrators marched along downtown streets making stops at the United States Embassy and Queen’s Park where protestors chanted “black lives matter.”

“We can’t remain silent, it won’t solve the issues we face on a daily basis,” said Joan, who was one of the more than a hundred people at the protest.

Demonstrators followed a truck blaring popular Caribbean music including with soca, calypso, and reggae, with elements of social and political resistance embedded in their song lyrics.

The message focused on dismantling systemic racism and gun violence in Toronto. 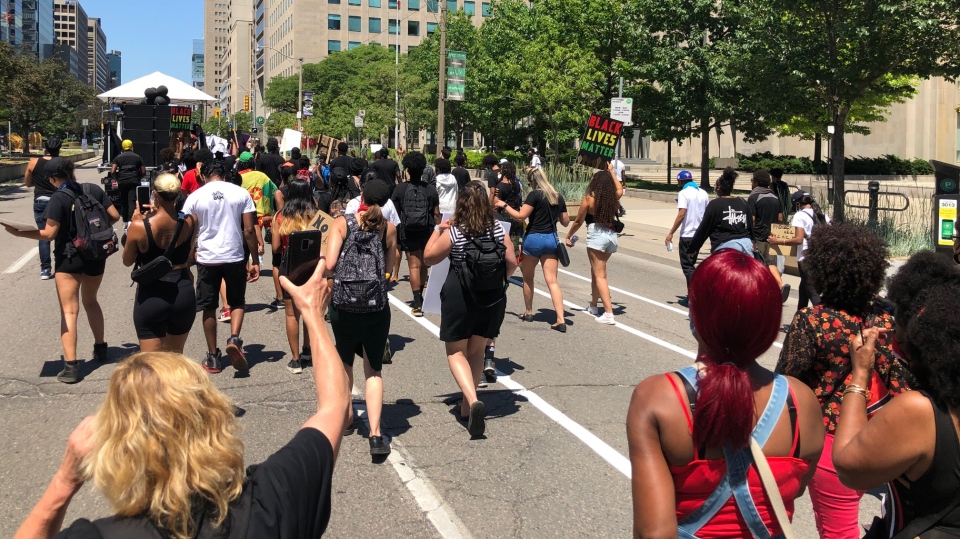 Organizers and the community are not only calling for police reform, but also anti-Black racism training and education within organizations, governments, schools and workplaces.

“They need committees that will oversee and have racism talks with officials to help them understand why some of the things they do are racist. People may not know what they're doing is prejudice,” Heywood said. “These are conversations that need to happen soon.”

Other changes demonstrators are calling for include the implementation of Afrocentric courts and the development of anti-racism committees.