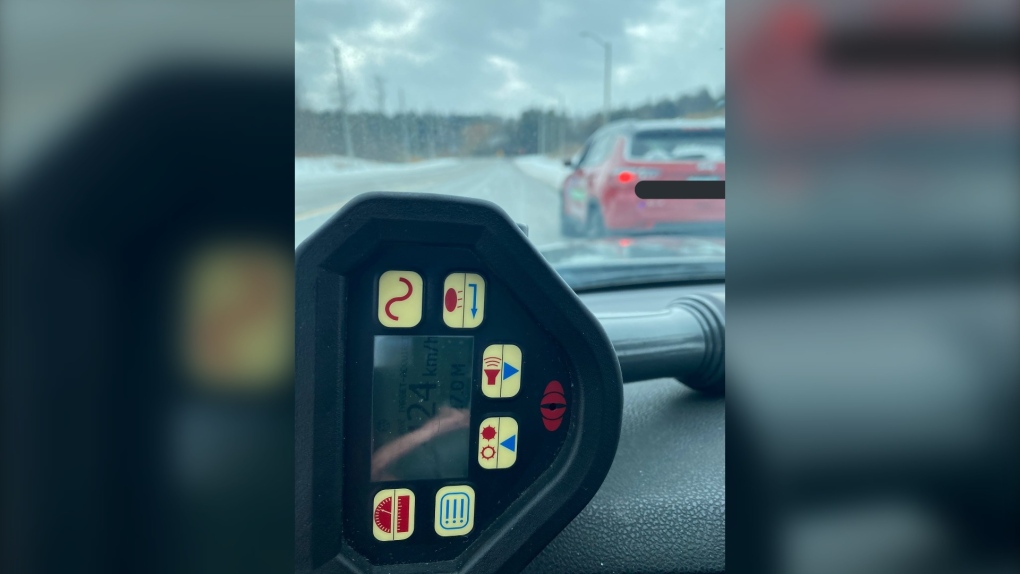 Officers impounded a vehicle after the driver was caught allegedly speeding while taking a test drive. (Peel Regional Police/@PRPRoadSafety)

TORONTO -- Police say a 20-year-old allegedly caught speeding while test driving a vehicle was shocked when an officer impounded the car.

In a statement posted to social media, Peel Regional Police Road Safety Services said that one of its officers pulled over the driver, who was allegedly caught driving 124 km/hr in a 60 km/hr zone.

Police said that this speed-related incident was the third involving a test vehicle in the last three weeks.

20yr old driver shocked as vehicle he was test driving was impounded by Cst. Purdy for doing 124km/h in a 60km/h zone. Car dealerships may have to implement an, if it gets towed you buy system also known as the Purdy Rule. This is the 3rd time within 3 weeks! Drive Smart Pay Less pic.twitter.com/aLt0wHMFpS

“Car dealerships may have to implement an if it gets towed you buy system also known as the Purdy Rule,” police said in a tweet, referencing the officer, who they identified as Const. Purdy, who stopped the vehicle.

Police did not say if the driver is facing charges in connection with the incident.