"It's been a major disappointment, because it's taking so long," said Toronto resident Margaret Cassidy, who applied for a Nexus card in 2019.

Raichelle Hum, also of Toronto, applied for a Nexus card more than two years ago and has no idea when she can get the necessary in-person interview to finish the process.

"I travel periodically to the U.S. for work and my husband already has a Nexus card so for us it would make travelling a lot easier,” Hum said.

Nexus is a Canada-U.S. program designed to help speed up cross-border travel for low-risk Canadians by land, air and sea.

Nexus enrolment centres in Canada have been closed since March of 2020 due to the COVID-19 pandemic and health restrictions. 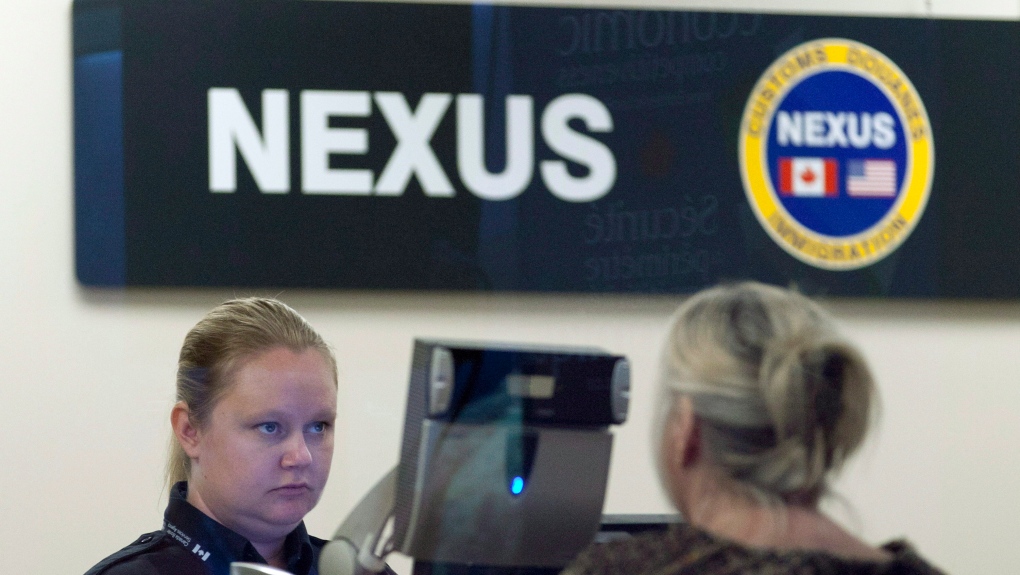 A Canada Border Services Agency officer speaks with a traveller at the Nexus office at the airport in Ottawa, Tuesday May 8, 2012. THE CANADIAN PRESS/Adrian Wyld

However, in the U.S., enrolment centres opened in April of this year, meaning if Canadians want to finish their Nexus application they have to travel to the U.S. to do it.

READ MORE: This is what Toronto Pearson wants you to know as Canada's new travel rules come into effect

In a statement to CTV News Toronto, the U.S. Department of Homeland Security said, “At this time, enrolment centres in Canada will remain closed.”

Until further notice, if you want to finish your application for a Nexus card you’ll have to travel to a U.S. border city for the interview process.

That’s what Cassidy plans to do as she finally has an interview set up in mid-July in Niagara Falls, New York to finish her application.

"There have been so many delays along the way and everybody was in the dark. I still don't know why the Canadian side is not open,” Cassidy said.

Meanwhile, Hum said she still has no idea when she may be able to get her Nexus application approved.

“I'm unsure when I’ll be able to get an interview. It's very challenging to find one," she said.

It's not clear why Nexus offices in Canada remain closed when they've been open in the U.S. since April.

Canadians who are unable to use the speedier Nexus lines are also adding to the backlogs and security delays at border crossings and airports.

Officials say they're in discussions with the U.S. as to when enrolment centres may re-open in Canada, but anyone applying to get a Nexus card should expect major delays.