TORONTO -- Canadian residents stuck in Iran are asking for the federal government’s help as airlines across the world cancel and suspend flights due to worries over the country’s novel coronavirus (COVID-19) outbreak.

Tohid Yousefi Rezaii, a PhD research fellow at Ryerson University, says his wife and three-year-old child were not able to reunite with him in Canada after their Turkish Airlines flight was suspended on March 2.

“I’m feeling very worried about my wife and child. It’s not a good situation, we don’t know when it will be resolved,” he told CTV News Toronto Wednesday. “I can’t focus on my work. I’m just surfing on the internet trying to learn about the situation, I can’t do anything else right now.”

More than 1,501 cases of COVID-19 have been confirmed by health officials in Iran, and 77 people have died as a result of the virus, but several media reports suggest that number may be larger. Iran reported its first confirmed cases on Feb. 19.

The Government of Canada issued a travel advisory for Iran due to the virus on Feb. 24.

Vancouver resident Ali Rabiei told CTV News Toronto that he travelled to Iran with his wife in January to attend his father’s funeral and is now unable to return home.

The 63-year-old said their flight on March 6 with Emirates airline has been suspended. The couple has quarantined themselves in their homes and say they are too afraid to leave.

“It’s very dangerous outside, we are in a very bad situation,” he said over the phone. “We are just hoping the government can help us get home. We tried to contact flight agencies and airlines but they said all flights to and from Iran are cancelled.

The federal government has already helped repatriate more than 500 Canadian residents and their families from other regions affected by the virus, but now families stuck in Iran are hoping the government do the same for them.

#Iran: Due to #COVID19, it’s becoming increasingly difficult to leave the country. If your presence in Iran isn’t essential, you should consider leaving by commercial means while these are still available. https://t.co/86o8vzBFHf pic.twitter.com/uY1YLvXgve

Angela Savard, a spokesperson Global Affairs Canada, told CTV News Toronto that they have are no plans to repatriate a significant group of people from other countries, but consular services are available.

“It’s becoming increasingly difficult to leave Iran. If your presence in Iran isn’t essential, you should consider leaving by commercial means while these are still available,” Savard said in an email to CTV News Toronto Wednesday.

“Those citizens must carefully check entry and exit requirements for the countries through which they may be transiting.”

She said there are currently more than 722 Canadians in Iran, adding that her department has already received more than 255 inquiries relating to the current situation in the country. 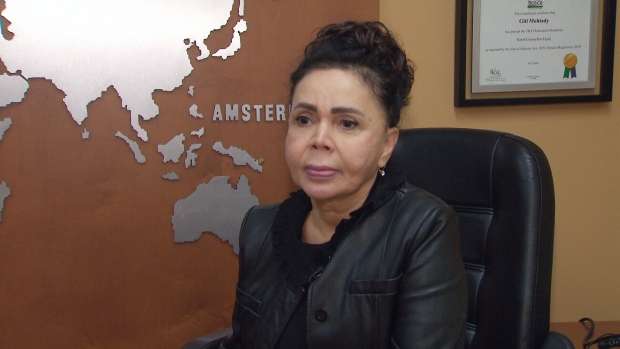 “People are so upset, people they are so nervous, they are telling me they have small kids,” she said. “They are very stressed out.”

She said that all the international airlines have cancelled flights to and from Iran, and people are taking buses and cars to various borders to find a way out—an option that is not usually possible for children and elderly residents.

“These people are alive and they need help,” Mohtady said. “They need help right now, why can’t the Canadian government do anything?”

Global Affairs Canada says that Canadian citizens in Iran requiring consular assistance can contact the Canadian embassy in Ankara at +90 312 409 2700.

Newsletter: Get the COVID-19 Brief sent to your inbox

How contagious is COVID-19 compared to other viral diseases?

U.S. testing for coronavirus is expanded to patients who have a doctor's order, CDC says

What happens if your employer tells you to stay home due to COVID-19?

How do I know if I have COVID-19? A guide to symptoms

What airlines are doing to sanitize planes

Coronavirus in Canada: How many positive cases?

Where not to go: A traveller's guide to avoiding coronavirus hot spots

Preventing COVID-19: Should you clean your smartphone?

Emergency isolation: What powers does government have to quarantine Canadians?

Who is most at risk of dying from coronavirus?

Novel coronavirus in Canada: Here's a timeline of COVID-19 cases across the country