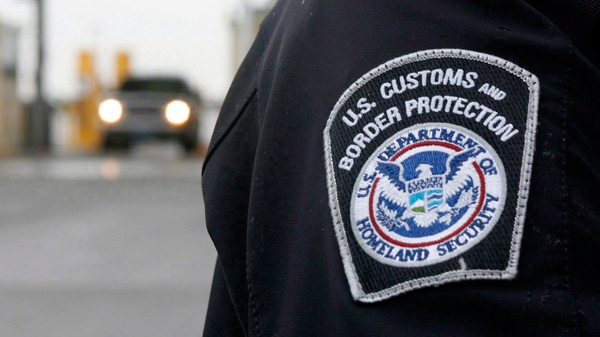 BUFFALO, N.Y. - A Canadian truck driver who pleaded guilty Wednesday to smuggling cocaine in the floorboards of his truck was part of an operation that sent more than 1 1/2 tons of drugs across the U.S. border into Canada since 2009, federal authorities said.

Ravinder Arora, 30, of Brampton, Ont., pleaded guilty in federal court Wednesday to conspiring to export cocaine. He faces at least 10 years in prison at his December sentencing.

Arora was about to cross the Lewiston-Queenston Bridge from western New York into Ontario last September when his nervous demeanour led U.S. border agents to search his truck, authorities said. Agents found 213 pounds of cocaine worth more than US$3.8 million in a compartment beneath the trailer's floor. It was believed to be the largest single narcotics seizure in the region's history.

As part of his a plea agreement, Arora admitted to making four other trips and agreed to co-operate in the continuing investigation into what authorities believe is a larger smuggling operation.

Two other people, including the owner of the trucking company that employed Arora, are awaiting trial.

Investigators said Arora would pick up the cocaine at a warehouse in Chino, Calif., and drive to a warehouse in the Buffalo suburb of Cheektowaga, where legitimate cargo was piled on top of a false floor concealing the drugs. He then drove into Canada to deliver the drugs to a warehouse in Mississauga for eventual street sale in the Toronto area.

Arora was promised $8,000 per smuggling trip, according to court documents.

Based on ledgers seized during the investigation, the operation is believed to have made nine successful trips before Arora's arrest in September 2010. The group ushered an estimated 3,500 pounds of cocaine across the border, according to U.S. and Canadian law enforcement authorities, who highlighted Wednesday's plea at a news conference at the international Peace Bridge.

"It was a very good concealment technique, under the floor in the support structures of the trailer," said James Engleman, director of field operations for U.S. Customs and Border Protection. He said an X-ray of Arora's trailer and a pass by a drug-sniffing dog were inconclusive, leading officers to "follow their gut" and pull up the floorboards.

"With some X-ray inspections ... some a second-grader could say, 'I can see what's there.' Other times you look at it and there's no definition, there just appears to be something unusual in a given area," Engleman said. "This was a very professional job. This wasn't an afterthought, quick concealment technique. They spent a lot of time to build a professional quality concealment on these trailers."

The group also is believed to have smuggled ecstasy and marijuana into the United States, as well as cash.

Parminder Sidhu, who hired Arora as a driver at his company, Prime 9, is in custody in Canada and awaiting extradition, U.S. Attorney William Hochul said. Sidhu is charged with conspiracy to possess with intent to distribute cocaine and conspiracy to export cocaine. It was unknown whether he has an attorney. A home telephone listing was disconnected and a phone number for Prime 9 could not be located.