Canadian Sci-Tech Oscar winners on the science behind blockbuster films 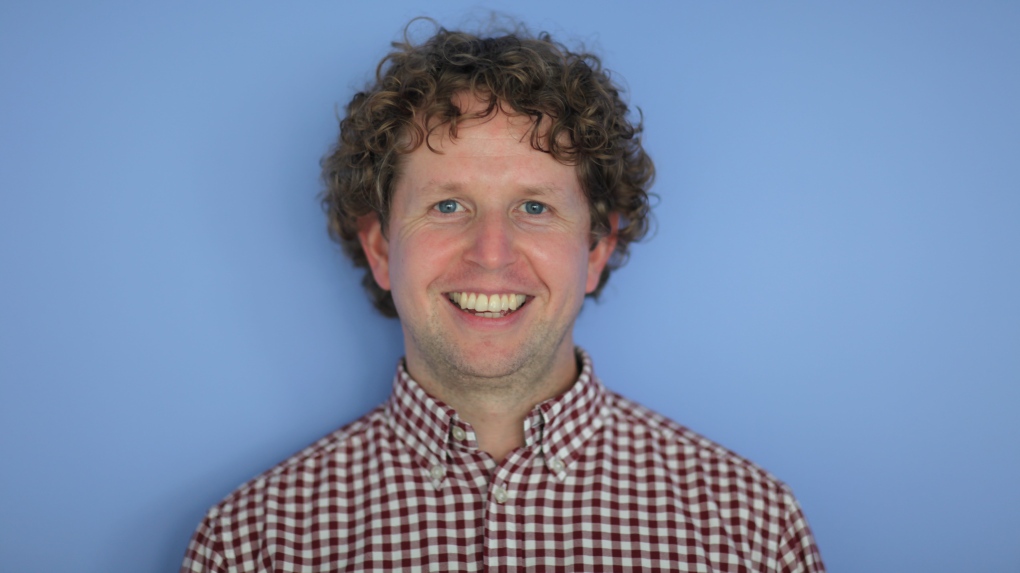 Canadian research scientist Derek Bradley, who is getting a Sci-Tech Oscar from the Academy of Motion Picture Arts and Sciences, is shown in a handout photo. THE CANADIAN PRESS/HO-Aata Devera MANDATORY CREDIT

Where "The Departed" director has one Oscar, Stam is about to receive his third on Saturday, for work on an operating system for 3D graphics and special effects that's been used on major blockbusters including the "Lord of the Rings" films.

He's one of two Canadians getting an award from the Academy of Motion Picture Arts and Sciences at what's considered the Oscars for the scientific and technical worlds.

The other is Derek Bradley, a research scientist from Smiths Falls, Ont., who is being honoured for a technology that can reconstruct the 3D shape of actors' faces in full motion and at a high resolution.

"It's the (show) for what they call the geeks," Stam with a laugh in a recent phone interview.

"My first time it was Rachel McAdams (hosting). I didn't know who she was. Now she's quite big, right? It was like, 'She's Canadian, so that's cool.'

"The second time was Jessica Alba. She was massively pregnant, it was pretty funny, she had to sit down.... My daughter was totally freaked out (with excitement), because she was five at the time. I have a picture of her with Jessica Alba. Some people are very impressed by that."

For Bradley, it's an honour he's been longing for since he became interested in film and onscreen visual effects.

"It was really my life goal," Bradley said from Zurich, where he works for Disney Research.

Stam -- along with Pixar co-founder Ed Catmull and the animation studio's senior scientist Tony DeRose -- will receive a Scientific and Engineering Award academy plaque for their pioneering work on a technology used by digital artists in most production houses to model and animate through a method known as subdivision surface.

"What I do is I create the brushes, sort of. I hide the math through the animator," said Stam, who was born and raised in Geneva and moved to Canada in 1989 to get his master's degree and PhD at the University of Toronto. He later left the city to work abroad but returned in 2003.

"What you see on the screen is essentially the work of the production house and we just gave them the tools with which they could create these effects."

Bradley -- along with Thabo Beeler, Bernd Bickel and Markus Gross -- will receive a Technical Achievement Award academy certificate for the conception, design and engineering of Medusa Performance Capture System, developed for Disney.

Medusa captures detailed, 3D versions of actors' faces and tracks their motions, without the traditional motion-capture dots or makeup, for the purpose of visual effects in film.

The technology has been used in films including "Star Wars: Episode VII -- The Force Awakens," "The Jungle Book," "Avengers: Infinity War" and "Solo: A Star Wars Story."

Bradley said when he first heard of the academy honour, he called his parents in Smiths Falls and had a hard time sleeping that night.

"They're incredibly proud and excited," said Bradley, who got his PhD at the University of British Columbia in Vancouver.

"Every time I go home to Smiths Falls, every time I run into someone, they always tell me that my parents have been talking about me. Even before the awards, but much more now. And my sister, too."

Bradley plans to bring his parents, his sister and brother in law to the ceremony known as the Sci-Tech Awards in Beverly Hills, Calif.

"For me, it'll probably be a bit emotional to have everyone there but I'll try to get through it," he said.

For Stam, this will actually be his fourth time at the ceremony. The first was in 2003, when he was working for the Toronto 3D graphics company Alias, which won a statue that didn't have his name on it.

His next two trips to the ceremony were for awards certificates that were specifically dedicated to him -- one in 2006 and another in 2008.

This year's award feels like a higher achievement, he said.

"It's for a longer term, so it's a bigger impact, where it really has been proven to make a difference," Stam said.

"This stuff is actually being used in most of the movies, say the blockbusters and stuff. Anything that uses CG uses this technology."