Canadian fans say they could lose hundreds on Billy Joel tickets after U.S. border rules block them from concert 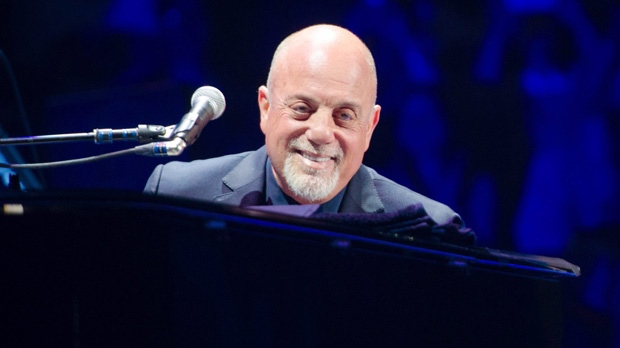 FILE - In this May 9, 2014 file photo, Billy Joel performs at Madison Square Garden in New York. Joel has sold his beachfront mansion on Long Island according to the listing agent, Nancy Mizrahi of Saunders & Associates. Sagaponack is a village in the Town of Southampton in Suffolk County. In 2009, it was listed as the most expensive small village in the U.S.(Photo by Scott Roth/Invision/AP, File)

TORONTO -- Billy Joel fans in Canada are trying to get refunds for their concert tickets as the U.S.-Canada border closure prevents them from attending the event.

The concert, originally scheduled for summer 2020, is now set to take place in Buffalo, N.Y. on Aug. 14.

The U.S. land border restrictions will extend until at least Aug. 21, however. Currently, travel over the border is limited to essential purposes.

“This makes it impossible for myself and fellow Canadians to attend this event,” Mike Kovach told CTV News on Thursday.

Canadian fans have left comments on a post on Billy Joel’s Facebook page announcing the Aug. 14 concert, expressing their frustrations.

On a post announced the Aug. 14 on Billy Joel’s Facebook page, Canadians fans have left comments expressing their frustrations.

“I am in Canada and now that they have announced the border still remains closed until august 21st we can’t go. Of course, Ticketmaster won’t refund nor answer my phone calls. Shameful really,” wrote one fan.

Another, trying to sell their tickets in the comment section, called it a "Canadian dilemma."

Kovach said that refunds were offered when the show was originally postponed last year, but not thinking that the border would be closed for as long as it has been, he decided to keep his tickets.

“I’ve made numerous inquiries to Ticketmaster but a refund [has been] denied,” he said, adding that the ‘Sell Your Tickets’ feature on Ticketmaster’s website has also been greyed out.

CTV News Toronto has reached out to Ticketmaster and Billy Joel's online team for their comment on the issue, but has yet to receive a response.

“It should be clear to the promoters, as well as Mr. Joel, that the show should be postponed or outright cancelled until the border and travel protocols have returned to normal,” Kovach said.

Jessica M., who asked not to have her surname published, is facing the same issue.

Jessica told CTV News Toronto Thursday that she bought tickets for the show that she has been unable to obtain refunds for.

“The average price for a pair of tickets is $500 USD that we are now out,” she said. “We have tried to contact Ticketmaster, the venue, Billy Joel's party, and none of them can be of any assistance.”

She says that Mastercard won't dispute the charge, as well.

Jessica argued that the show should be cancelled or postponed due to the border closure and that Canadian fans are unlikely to receive refunds.

“This concert is going to be empty, and all of us Canadians are out, on average, about $500 USD each. I truly cannot believe it.”