TORONTO -- A Canada-wide warrant has been issued for a man who police say fled the Toronto area after allegedly killing an Ontario couple that disappeared earlier this month.

A warrant has been issued for Toronto man Phuong Tan Nguyen, who police say should be considered armed and dangerous.

He is wanted for two counts of first-degree murder.

Investigators with York Regional Police said Tuesday that Nguyen and Tran are believed to be victims of foul play in a targeted attack.

Police said they believe the couple was murdered on Sept. 18 at 111 Zenway Boulevard, which is a commercial property in Vaughan, Ont. 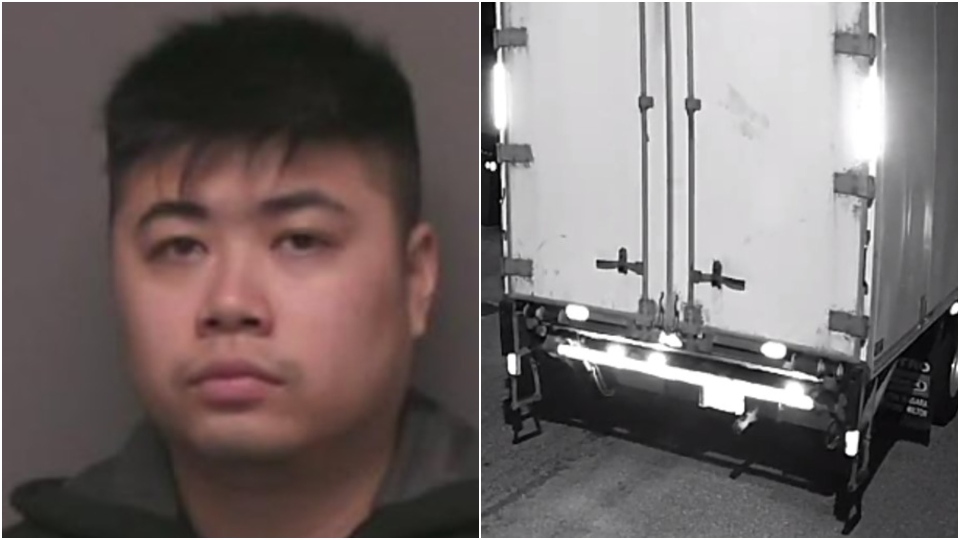 YRP Constable Maniva Armstrong said Tuesday that there is "no information to suggest there was a connection between the parties," despite one victim having the same last name as the accused.

"There is no relation or connection between the two of them," YRP Constable Maniva Armstrong said Tuesday.

Police did not say why they believe the attack is targeted or how the two victims died. Authorities said they are working on recovering their bodies.

She said the suspect is believed to have fled the Toronto area.

Armstrong said police have been in close contact with the family Nguyen and Tran.

"They are devastated and of course grieving their loss," Armstrong said.

Investigators released photos of a vehicle of interest they believe is connected to this homicide.

Police are asking anyone who recalls seeing this vehicle, or its driver, on Sept. 18 around 11:30 p.m. at 111 Zenway Boulevard, near Highway 27 and Highway 7, to come forward.