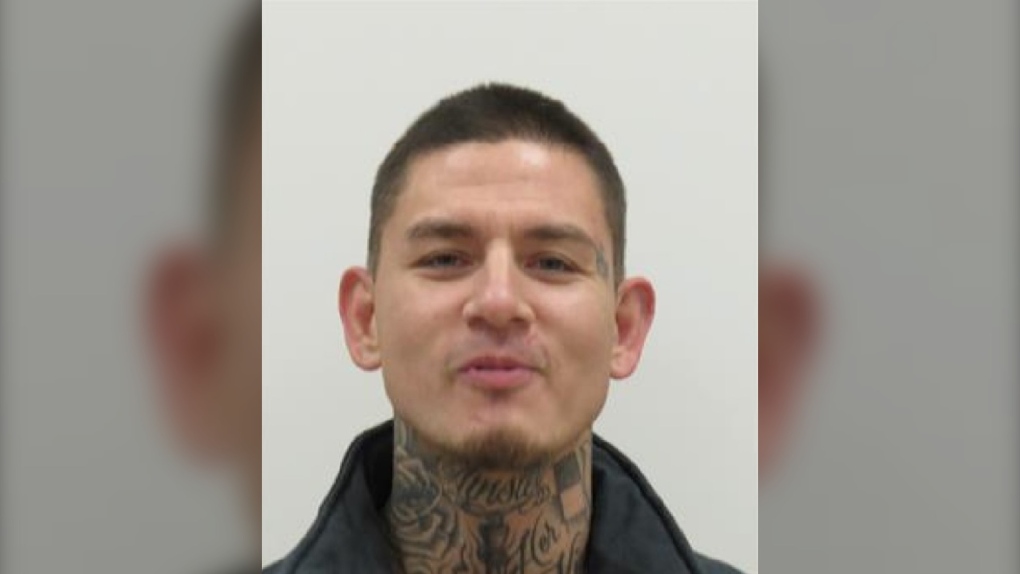 Police are searching for Anthony Sears, 32, on a Canada-wide warrant in connection with an alleged breach of his statutory release. (OPP)

TORONTO -- A Canada-wide warrant has been issued by Ontario police for a man known to frequent Peterborough, Brantford and Hamilton.

The Ontario Provincial Police’s Repeat Offender Parole Enforcement Squad said in a news release Friday that the man is wanted for breaching his statutory release.

He is described by police as weighing 190 lbs., standing five-feet-ten-inches tall with black hair and blue eyes.

Sears also has several tattoos covering his entire body, police said, including the word “goober” and a star on his neck. He also has a tattoo of a rose on his left hand and a money bag on his right hand, according to police.

An image of Sears has been released by police in hopes of locating him.

Anyone with information relating to Sear’s whereabouts is asked to contact the Provincial R.O.P.E. Squad at 416-808-5900.