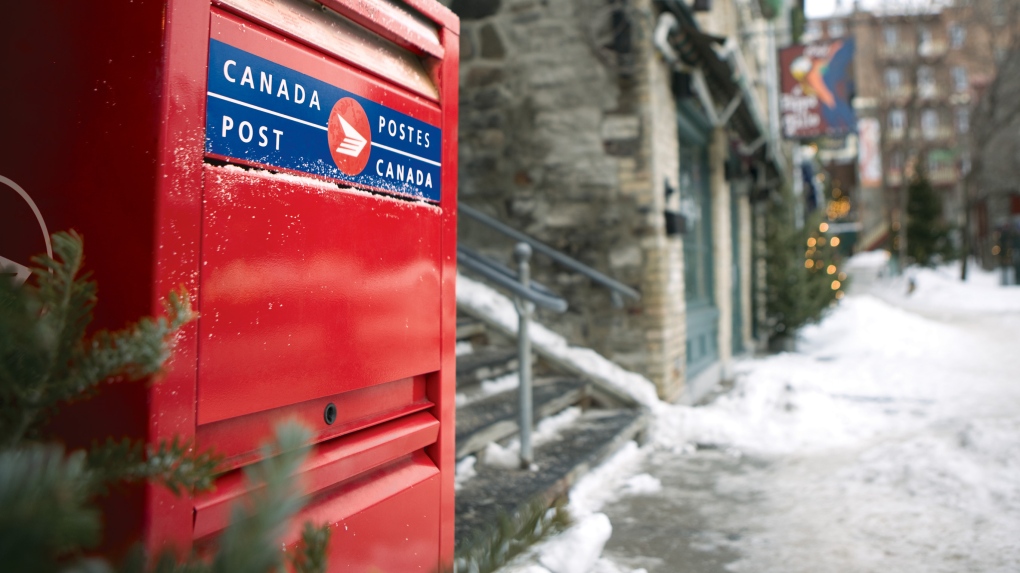 Canada Post has a message for last minute gift-givers: Time is running out to send your holiday packages. (CP Images)

TORONTO -- There are now more than 200 positive cases of COVID-19 associated with a Canada Post facility in Mississauga and the Crown corporation says that customers “should expect delays with their parcels” as a result of the outbreak.

In a statement released on Tuesday afternoon, Canada Post said that they are aware of 224 positive cases at their Gateway facility since Jan. 1, including a dozen that have come to light over the last 24 hours.

Canada Post says that it completed the testing of an entire shift of workers at the facility last week following a recommendation by Peel Public Health and is now proceeding with the “proactive testing” of other employees at an on-site clinic that has been set up within the facility.

In the meantime, they say that they are “moving and redirecting some product to other processing plants in our national network” in order to reduce delays.

“The Gateway facility is a major hub in our national network. We have implemented contingency plans and continue to review the situation to minimize the impact on customers,” the statement reads. “Gateway will continue to operate, but commercial customers and Canadians should expect delays with their parcels.”

There were 121 cases at the Gateway facility as of Jan. 20 but since then dozens more workers have tested positive.

Last week, some Canadian Border Service Agency workers were also moved to the upstairs mezzanine area of the facility amid concerns over the outbreak.