TORONTO -- Restaurants in Toronto have struggled to survive during the COVID-19 pandemic and many are not out of the woods yet.

With winter just around the corner, the City of Toronto wants to help heat up sales and hopes to extend the outdoor dining season by allowing restaurants to place portable heaters at all outdoor patios.

The move adds a new opportunity for business owners taking part in the city’s CafeTO program which allowed restaurants to set up makeshift patio’s on closed curb lanes.

According to Restaurants Canada, a non-profit advocacy group, that extra patio space has been a life-line for some establishments.

The group found that at the start of the pandemic 10 per cent of restaurants planned to close, with half of independents not expecting to make it.

Six months later, Restaurants Canada says government programs have put eateries in better shape, but many are still not breaking even and expects it will take between 12 and 18 months for many to turn a profit.

More time to serve guests on the patio will help, if they can get it done, said James Rilett, the vice-president of the group’s Central Canada division. 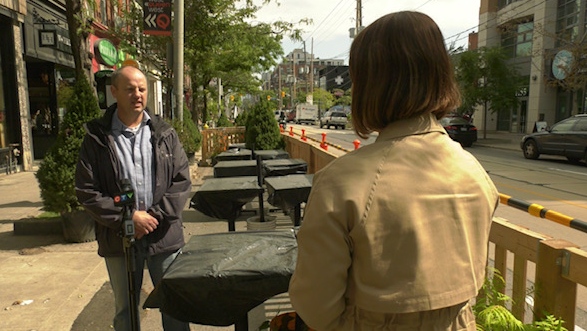 Mayor John Tory said Friday that the city initially thought there may be safety issues with heaters in curb lanes, but found ways to use them safely.

“Different models of heaters that can be used safely, guidelines for using them,” said Tory. “And we’ll send people to inspect them on a regular basis.”

At vegan restaurant Hello 123 the focus is supposed to be all about appreciating vegetables, but like many family-run eateries COVID-19 has made making enough money to survive challenging.

“It was very hard with delivery only but as long as we can open the patio it has become easier,” said co-owner Irene Sanchez.

Hello 123 already has some heaters, and with the new allowance they said they may purchase more. 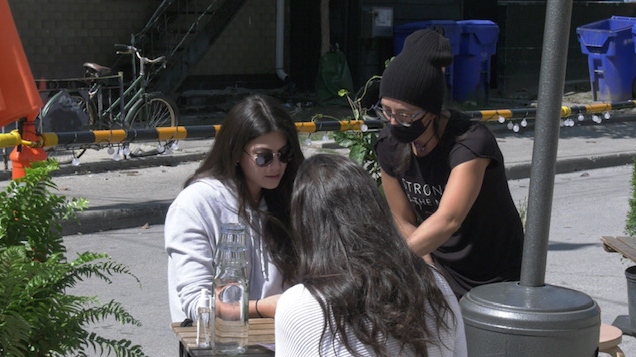 She encourges owners to follow rules closely and make the most of the opportunity.

“It allows for creativity for restaurants and eateries to come with winterized menus, hot drinks, warm deserts and for people to get used to ‘BYO-blanket,’” said Marshall.

However, Marshall said she’s hearing concerns about the availability of heaters.

Restaurants Canada said they have suppliers coming to them who can make heaters available.