TORONTO -- The Canada Strong campaign which aimed to raise funds for families of victims killed after a plane was shot down over Iran in early January has raised $3.29 million.

Officials behind the fundraiser held a news conference Sunday and confirmed that the original goal of $1.5 million was surpassed by $29,000 in the five weeks since launching the campaign.

That amount, paired with the federal government’s pledge to match donations up to $1.5 million, will support 57 affected families and cover the funeral expenses for their loved ones.

“This full amount will be made available to all the families who lost loved one on Flight 752 and to help them with lost income,” Mohama Fakih, the CEO of Paramount Fine Foods and driving force behind the fundraiser, told CTV News Toronto Sunday.

On Jan. 8, Ukraine International Airlines Flight PS752 was shot down by the Iranian military near Tehran, killing all 176 people onboard, including 57 Canadian citizens.

In the aftermath, Iran admitted that the passenger plane was mistaken for a hostile target amid rising tensions with the United States.

Mayors from across the GTA were on hand for Sunday’s announcement including Toronto Mayor John Tory, Brampton Mayor Patrick Brown and Mississauga Mayor Bonnie Crombie. Families of those who had lost loved ones in the tragedy were also present and spoke to the significance of the money raised.

Niknam’s brother was killed after the plane was shot down and said he is overwhelmed by the support Canadians have shown to the families of the victims. 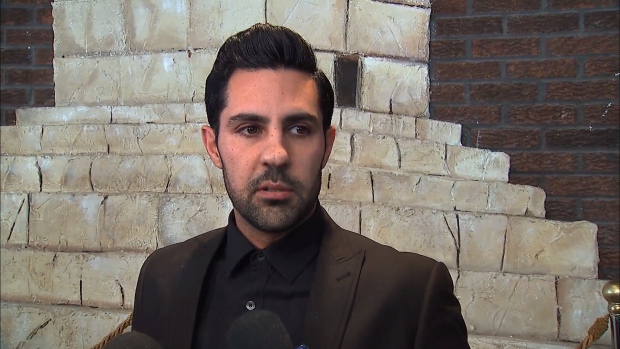 Shahid Moghaddam was also there for the announcement. His wife and nine-year-old son were also killed.

The donations will be processed through the Toronto Community Foundation.