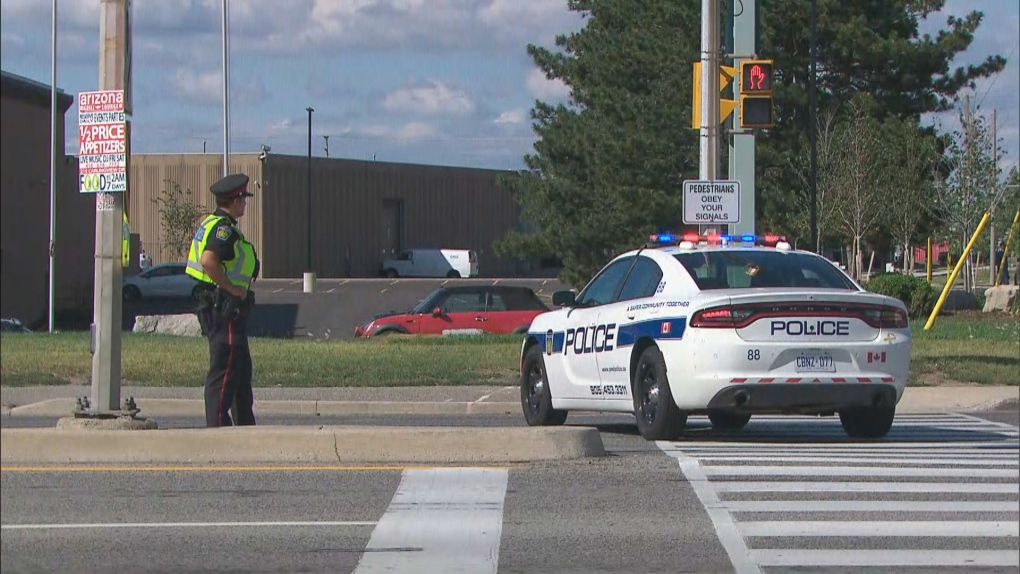 Emergency crews attend a fire station in Mississauga after explosive devices were brought in for disposal.

TORONTO -- Businesses in Mississauga were briefly evacuated on Monday afternoon after three Second World War military-grade explosive devices were brought into a fire station near Toronto Pearson Airport for disposal and were determined to be live.

According to Peel Regional Police, someone brought the devices to the facility near Silvery Dart Drive and Airport Road around 4 p.m.

The person who had the devices was looking for a way to dispose of it, police said.

Investigators say the Explosive Disposal Unit was able to retrieve the devices for disposal and no injuries have been reported.

Three buildings were evacuated at the time as a precaution and roads in the area were closed.

No further information has been provided about the explosive devices.